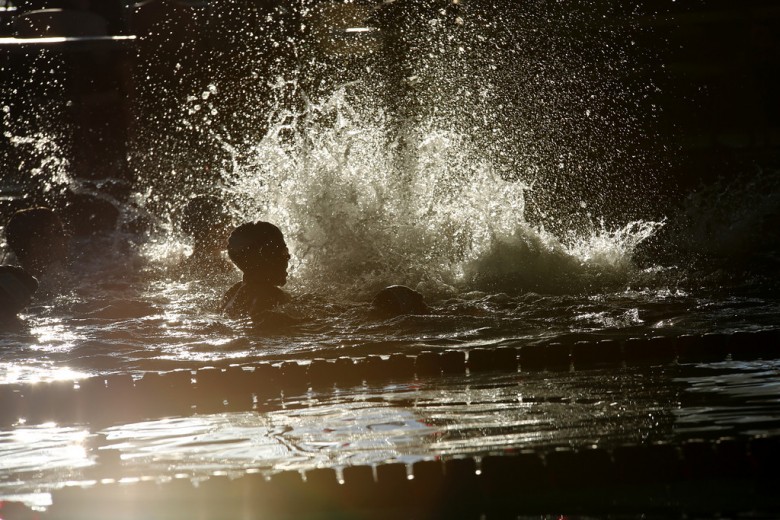 Virginia commit Caitlin Cooper has broken the Georgia State High School record in the 50 free this morning in prelims of the 2014 1A-5A State Championship meet with a 22.75 to take the top seed by .99 seconds. That breaks three-time Olympic medalist Amanda Weir’s overall state record set in 2003 at 22.91 when she swam for Brookwood High School.

Cooper, a senior at Woodward Academy in Atlanta, had never broken 23.00 until Friday morning’s swim.

The 6A (big school) finals will be swum this afternoon, with final sessions of both meets coming on Saturday. We will check back with a full report after the prelims of this meet are completed. Other notable news so far is that Michigan commit Paul Powers, who has a shot at taking a run at the National High School Record, did not swim the 50 free individually; his brother, junior Ty Powers, is the top seed there in 20.51.

The full record history in the state of Georgia, thanks to the Georgia High School Swim Coaches Association:

Anyone have link to results

tamann – haven’t seen any online, but Meet Mobile has them.