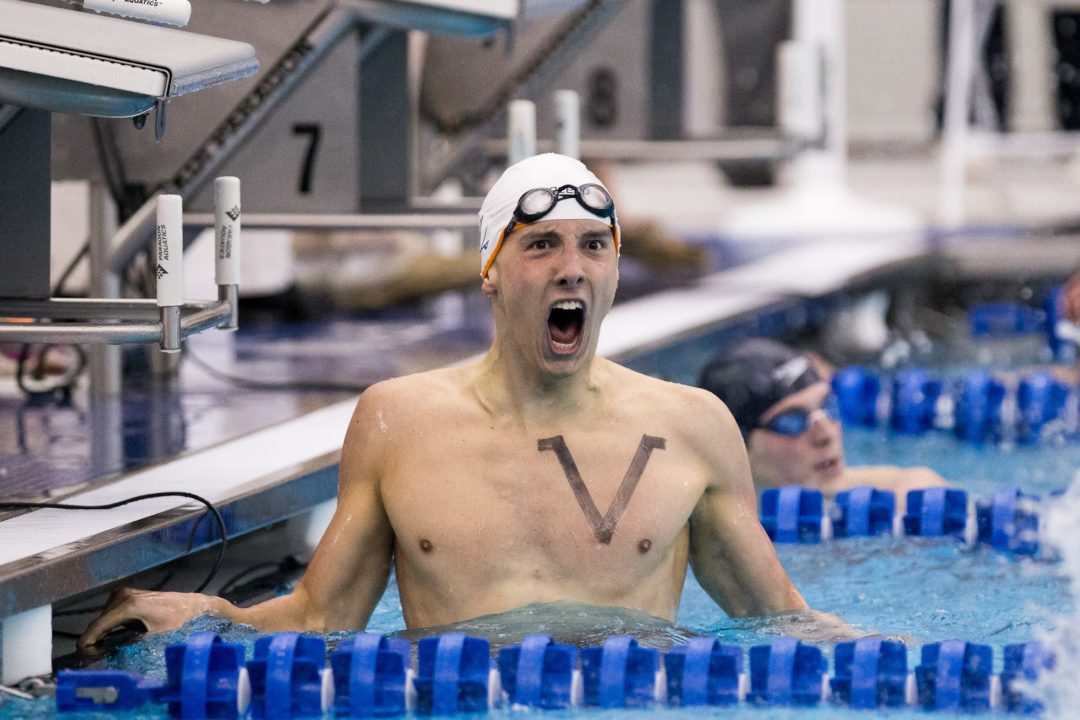 Brad Phillips and the Virginia distance group scored over 30% of the Cavaliers' individual points at the 2013 ACC Championships. (Photo Courtesy: Tim Binning/TheSwimPictures.com)

Anderson Sloan is a former swimmer for both Maryland and Clemson, meaning he’s seen the ACC Championships from multiple perspectives. This year, he took on a whole new role, covering the meet for SwimSwam.

Virginia not only held off an upset to win their 6th-straight ACC Championship; they used unmatched depth to crush any uprising by their conference foes at Florida State, North Carolina State, and Virginia Tech. Their distance group was a huge contributor to that: between the 200, 500, and 1650 freestyles, they scored a whopping 185 points. That’s three events that accounted for over 30% of the team’s individual scoring.

Brad Phillips talked with Anderson on Friday about the impact that the distance group was having on the team’s success at that meet and staying focused for the last day of the meet, even with already a big lead.

is there a video?