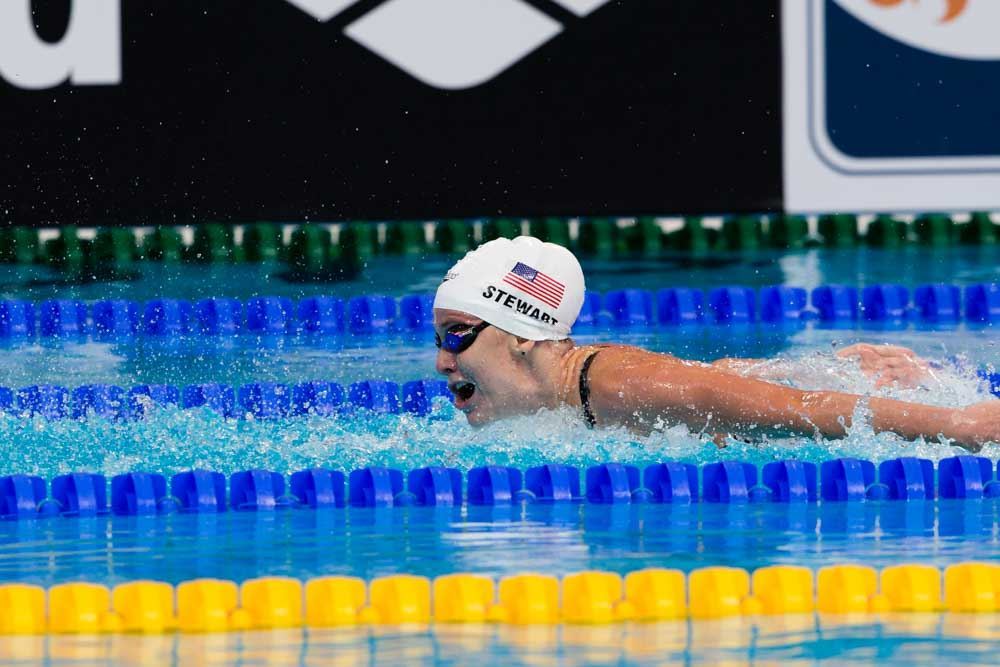 A pair of University of Southern California All-Americans will be sitting out of the coming NCAA season in order to prepare for the 2016 Olympic year: American Kendyl Stewart and Trinidad & Tobago's Dylan Carter. Archive photo via Tim Binning/TheSwimPictures.com

A pair of University of Southern California All-Americans will be sitting out of the coming NCAA season in order to prepare for the 2016 Olympic year: American Kendyl Stewart and Trinidad & Tobago’s Dylan Carter.

Stewart was the third-place finisher in the NCAA’s 100 fly a year ago, and one of four swimmers to break 51 seconds in the final. She was also a key relay leg, swimming 4 out of 5 relay events and helping USC finish inside the top 10 in all four.

But Stewart was also the 2014 U.S. National Champ in the long course 50 and 100 fly races, and came home from this summer’s World Championships in Kazan, Russia with a silver medal from the mixed 4×100 medley relay, helping the team break the world record in prelims before giving way to teammate Katie McLaughlin for the final.

Stewart would be a senior this year, but will take an Olympic redshirt season, sitting out of the NCAA calendar to prepare for long course swimming and the 2016 U.S. Olympic Trials in June and July.

Carter, meanwhile, is one of the top swimmers for Trinidad & Tobago, and was the only member of his national team to make a semifinal in Kazan. Cater took 15th in semis of the 50 fly, and also competed in the 100 free, 100 back and 100 fly.

With the Trojans, Carter scored at NCAAs in both the 100 free and 200 free last year as a sophomore. He’s perhaps best known for his relay heroics in the meet’s last event, running down NC State for a national title for USC in the 400 free relay. He also swam on the winning 800 free relay.

Carter will take a redshirt season to prepare for his Olympic bid with Trinidad & Tobago. He has to hit a FINA “A” cut in order to qualify, and will be training at USC and swimming several meets in the U.S. this fall and winter in search of that qualifying time.