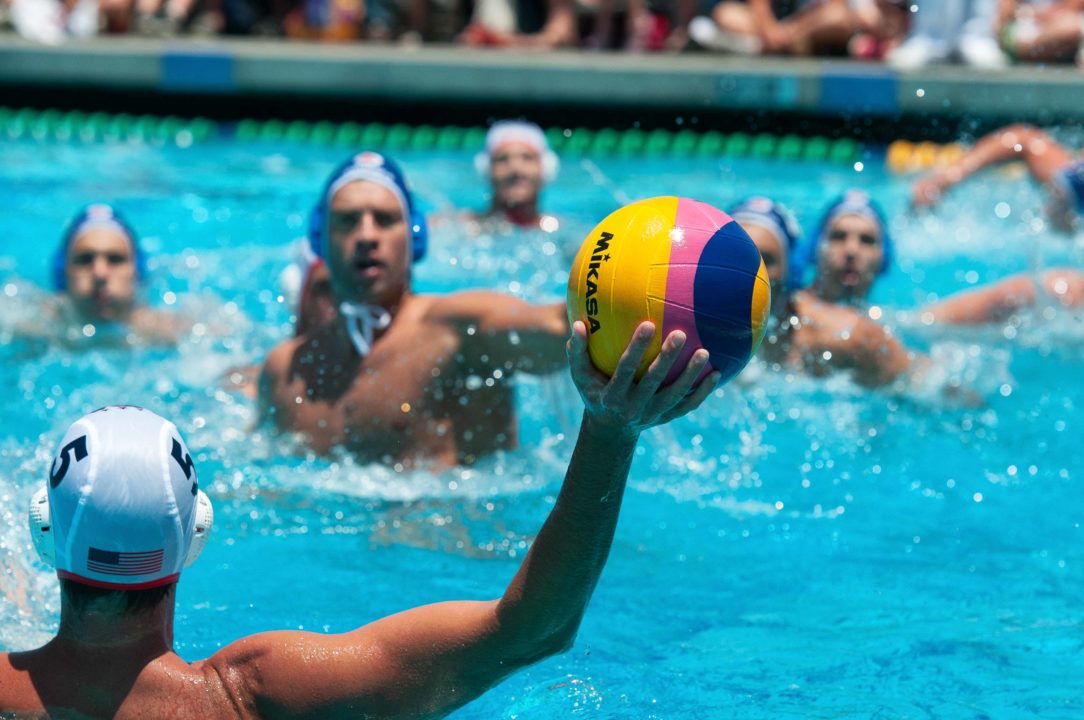 Christopher Ramsey, USA Water Polo CEO: "The continuity that Adam and Dejan bring to our Olympic program, along with their extraordinary coaching gifts, will absolutely strengthen our high-performance foundation." Current photo via Mike Lewis/Ola Vista Photography

The USA Women’s National Team wrapped up their series against Hungary with a 12-7 victory on Wednesday evening at El Segundo Aquatic Center.

With no clear favourite at the end of an extraordinary season, the Champions League Final Eight promises even more excitement than any other edition.

USA Water Polo announced today that it has signed Adam Krikorian (Women’s National Team) and Dejan Udovicic (Men’s National Team) to new four-year contracts through the 2020 Olympic Games in Tokyo. The move insures that for the first time USA Water Polo will have the same two head coaches through two consecutive Olympic Games quadrennials. The signings reinforce the National Governing Body’s commitment to excellence at all levels of play. Terms of the contracts were not disclosed.

“​​We are delighted that both of our Olympic coaches have chosen to return to the arena for another quad,” said Christopher Ramsey, USA Water Polo chief executive officer. “Strong​ organizations ​are built on​ stab​le​ leadership. The continuity that Adam and Dejan bring to our Olympic program, along with their extraordinary coaching gifts, will absolutely strengthen our high-performance foundation. ​Adam’s achievements have set a new standard of excellence in ​women’s​ water polo. Dejan took over a program in need of a rebuild and has been up to the challenge, transforming the team and roster in a short period of time. ​Adam’s and Dejan’s commitment to USA Water Polo is evidence that their competitive fire still burns brightly. We are delighted to support their efforts over the next four years.”

“I have to thank USA Water Polo, Chris Ramsey and our Board of Directors for their continued support and belief in our plan for long-term success with the USA Water Polo Men’s National Team,” said Udovicic. “We accomplished a lot in the last four years, but there is still a great deal of work to be done. I’m excited for the challenge and look forward to guiding this team through the next four years and to the 2020 Olympics in Tokyo!”

“The post-Olympic process can be difficult to sort through on a personal level. The emotion, or lack thereof, is hard to understand and the grander purpose takes time to fully grasp,” said Krikorian. “Although this time that struggle seemed a bit larger, I am excited and feel blessed to have the opportunity to continue in the same role. Win or lose, the main objective has always been about investing and progressing. With that being said, I’m thrilled to begin new journey undoubtedly full of peaks and valleys, lessons learned, relationships formed, and hope to continue to improve as a coach and a leader.”

He added, “I’d like to thank Chris Ramsey, Marty Samuels, and our Board of Directors for their unwavering support and continued belief in me and our program as a whole. I’m also incredibly grateful for the support within the USOC, the water polo community, and the entire team of people, staff and athletes, who are so inspiring to work with. And of course, none of this could be possible without the love and support from my family and friends.”
In eight years as head coach of the USA Water Polo Women’s Senior National Team, Adam Krikorian lifted the program from a routine champion to a juggernaut. Krikorian re-signs on the heels of guiding Team USA to an unprecedented second-straight Olympic Gold medal in 2016. The Olympic Games in Rio capped a staggering run for the United States that saw a 41-6 record on the year coupled with Gold medals at the FINA Intercontinental Tournament, Olympic Qualification Tournament, and FINA World League Super Final. Since the summer of 2014 the USA Women have claimed Gold in every major championship, including the FINA World Championship, FINA World Cup and Pan American Games.

For his efforts in 2016, Krikorian was named Coach of the Games by the United States Olympic Committee, and Team USA was honored as the top women’s water polo team in the world by FINA for the second-straight year. Under Krikorian’s tutelage, goalkeeper Ashleigh Johnson emerged as a breakout star of the Rio Games and became the first water polo player to ever earn “Sports Woman of the Year” honors from the Women’s Sports Foundation. Team captain Maggie Steffens continues to flourish under Krikorian’s guidance earning the Olympic Games’ Most Valuable Player honors for the second time.

Tasked with returning the USA Men’s National Team to prominence while also reenergizing a dormant National Team pipeline, Dejan Udovicic made tremendous headway since the spring of 2013. In the pool the USA Men won Gold at the 2015 Pan American Games and earned their first medal at a major FINA competition since 2008 — a Silver medal at the 2016 FINA World League Super Final. While medal aspirations fell short at the Olympic Games, a foundation featuring nine first-time Olympians was built and now will have the opportunity to mature with the former World Championship-winning coach at the helm.

On the development front, Udovicic wasted little time becoming an integral piece of the USA Water Polo pipeline from the Senior level down through Junior, Youth, Cadet, and Development. Crisscrossing the country to find the future of Team USA wherever it may reside, he has reopened the National Team pool to athletes from coast to coast. A teambuilding expert in his native Serbia, Udovicic largely constructed the group that won Gold at the 2016 Olympic Games and previously medaled in consecutive Olympic Games.

Both Krikorian and Udovicic have already begun shaping the rosters that will represent Team USA in 2017. While many key players on the Women’s National Team are competing in the upcoming collegiate season, the third edition of the USA Water Polo Men’s National League will start play in late February. The FINA World League Super Final will follow for both teams, leading up to the premier event of the calendar year—the 2017 FINA World Championship in Budapest, Hungary. For the USA Women, it will be an opportunity to defend their Gold from Kazan, Russia, in 2015 while the USA Men remain on the hunt for their first World Championship medal.

About USA Water Polo
USA Water Polo, Inc., is the national governing body for water polo in America, overseeing our United States Olympic program as well as 20 different championship events annually, such as Junior Olympics and Masters National Championships. With more than 40,000 members, USAWP also is the sanctioning authority for more than 500 Member Clubs and more than 400 tournaments nationwide. USAWP is committed to the development of the sport throughout the U.S. It fosters grass-roots expansion of the sport, providing a national system of affiliated clubs, certified coaches and officials.