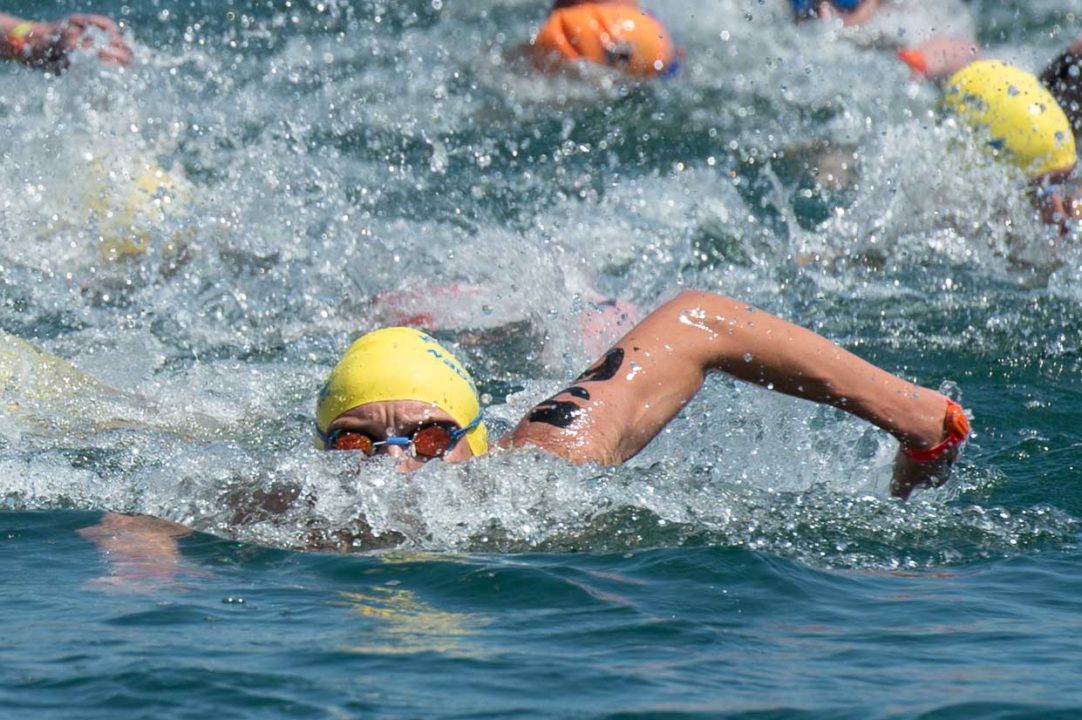 If open water swimming races have demonstrated anything it’s that there’s no sure thing when it comes down to race... Archive photo via Mike Lewis/Ola Vista Photography

If open water swimming races have demonstrated anything it’s that there’s no sure thing when it comes down to race day.  This is certainly the case with this weekend’s upcoming USA Swimming open water nationals.  Last year’s favorites were upset and conditions varied between the races.  With this being said, here’s a look at some of the top contenders in the field and why they may win either the 10k, the 5K or both.

Andrew Gemmell – this guy does not like to lose, then again who does, but Gemmell is a fierce competitor who rallied back after a disappointing finish in the 10K last year to win the 5K.  Gemmell knows how to work the pack too.  Look for him to to take an unassuming role behind the leaders and deftly position himself to strike at the end of the race.

Alex Meyer – Smart? Yes.  Fast?  Indeed. Determined?  Of course.   Alex, a member of the 2012 Olympic team, came off an injury plagued Olympic year and attacked 2013 with a vengeance.   He is a student of the sport and knows exactly what he needs to do to win. He’ll use his wit and athletic prowess to game the field right down to the final 25 meters if he has to.

Jordan Wilimovsky – Coming out of the program of Coach Dave Kelsheimer at Team Santa Monica, he vaulted up to the top of the open water scene in 2012.  He’s had a strong collegiate career at Northwestern and will again be looking to grab a top spot. He was a member of the 2013 World Championship team in the 25K.

Sean Ryan – one of the friendliest athletes on the shore, he’s powerful and quick from the start once the gun goes off.  He’s been a fixture at the University of Michigan and now that the collegiate season is over he’s clearly focused on making a mark in the open water.  He started swimming open water as a kid in Chattanooga and loves it.   In 2011 he schooled the field with a huge wide open win in the 5K.  He’s got world championship experience and medals too.  Watch for him to charge hard from the start.

Joey Pedraza – Fit, fast and ready.  Pedraza digs cross training and jumps into the triathlon game now and again.  He’s a fixture in the Florida open water swimming world and he’s got internationals chops too having represented Team USA at the World University Games in Russia.  Pedraza loves to race and he’s able to strike it at the end.

Chip Peterson – Experienced.   At 26 Peterson is the veteran on the national team and although he had a break from 10K competitions leading into last year’s nationals, he proved that his talent and experience are still vital and must be recognized.  Peterson is coaching at his alma mater UNC and has the wisdom and experience to take it all.

With all this being said, keep you eyes peeled for that new up and comer who’s poised to surprise everyone – that’s what makes sport fun!