USA Swimming Names 6 Captains for 2015 Duel in the Pool 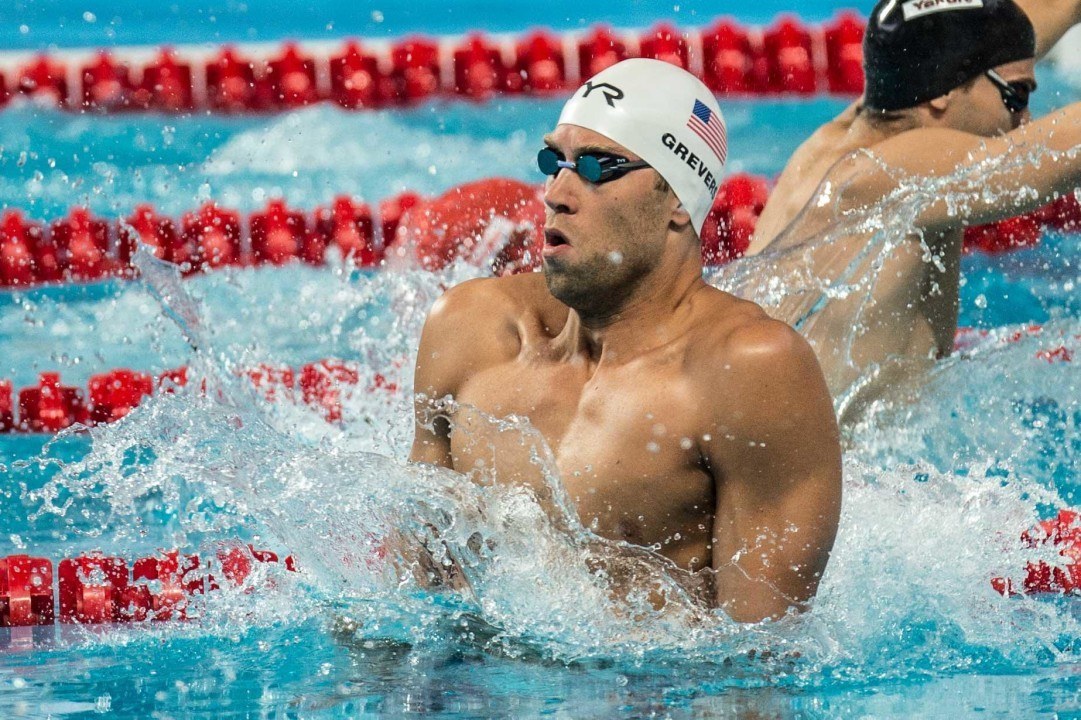 Olympic Champion Matt Grevers is one of 6 American captains for the 2015 Duel in the Pool. Archive photo via Mike Lewis/Ola Vista Photography

USA Swimming has named 6 captains for their 2015 Duel in the Pool team ahead of Friday evening’s start to competition in Indianapolis, Indiana.

The men will be led by Conor Dwyer, Matt Grevers, and Eugene Godsoe, while the women are headed by Cammile Adams, Jessica Hardy, and Caitlin Leverenz. Out of the 6 swimmers, with Godsoe being the exception, have Olympic experience, and all but Godsoe and Adams have Olympic medals.

The United States will try and keep their perfect 6-meet winning streak alive at the Duel in the Pool series, including the last three over European competition. 2013, though, was the most competitive (and really, only competitive) meet since the series started in 2003, with a tie having to be settled at meet’s end by a mixed-medley relay that American teen Simone Manuel anchored to victory.

It will be an extremely easy date for Europe.

6 Captains for less than 40 swimmers…that’s a whole lotta Captains. Every event may have a Captain. I like it!

I imagine Europe will win this one