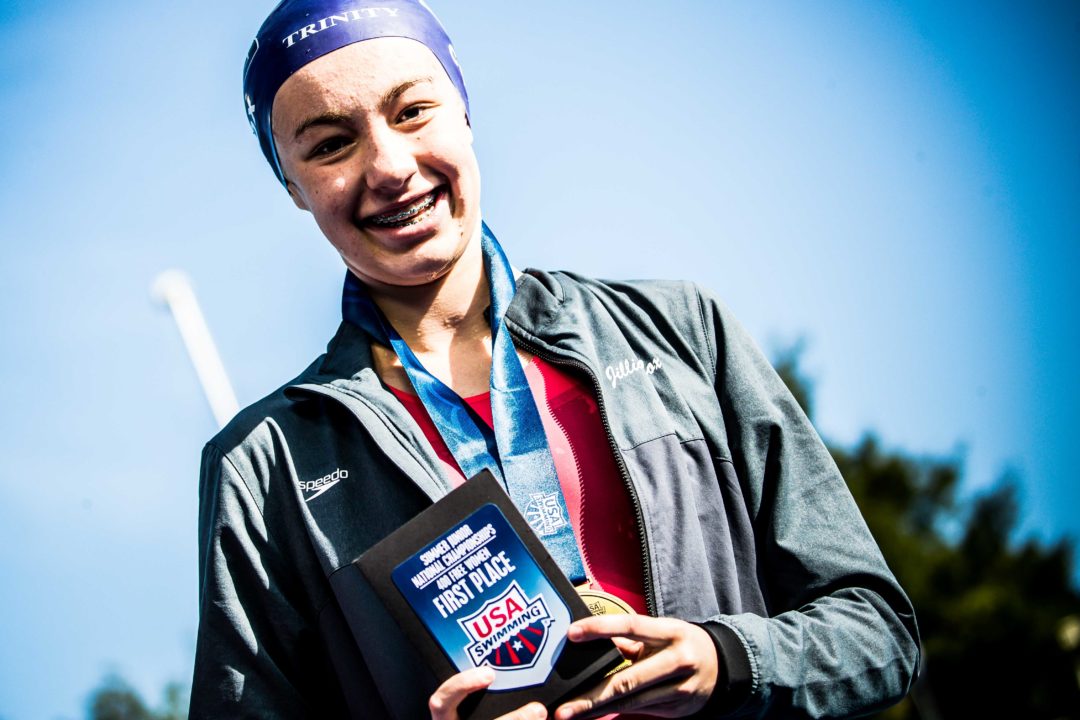 Junior National Champion Jillian Cox is one of 96 swimmers who will travel to Colorado Springs in October for the National Select Camp. Archive photo via Jack Spitser/Spitser Photography

USA Swimming has announced its National Select Camp roster for 2019. In all, 96 male and female age-group swimmers have been invited to participate in the camp at the Olympic Training Center in Colorado Springs, Colorado. The trip is all-expenses paid for the invited participants and they will have the opportunity to work with some of the best coaches from around the country as well as other high-level sports consultants.

Monique Shelton of Beach Cities Swimming will lead the coaching staff of the girls’ camp, while Mike DeBoor of Lakeside Swim Team will serve as the head coach for the boys camp.

US National Teamer Zane Grothe, who attended the National Select Camp in 2008, will also be working with participants in the boys’ camp.

In addition to the coaching staff, Dr. Tiffany Jones of X-Factor Performance Consulting will speak to the girls’ camp. James Leath of Changing the Game Project will work with the boys’ camp. National Team member Zane Grothe will also be working with the boys’ camp. Grothe was also a participant in the camp in 2008.

This is going to be a “Great Experience” for these young men and ladies. Every parent and family members are so proud of these Future Olympian Swimmers. Good Luck to All of You !