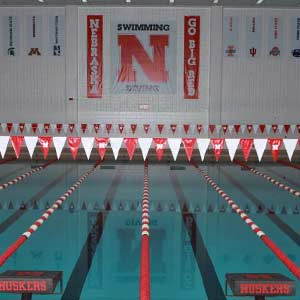 Savannah Savitt of Tampa Bay Community Aquatics has verbally committed to the University of Nebraska-Lincoln for the 2016-2017 season.

Savitt recently took third at Florida 1A State Championships in the 100 breast, clocking in at 1:04.15. She also finished twelfth in the 200 free in 1:51.33. Her sophomore year, she took 5th in the 200 IM and 6th in the 100 breast. Versatility is her strong suit; she is proficient in sprint and mid-distance free, fly, breast, and IM. Here are her fastest times:

The UNL Cornhuskers, under the leadership of coach and Olympic gold-medalist Pablo Morales, took ninth at last season’s Big Ten Championships (which actually featured thirteen teams). Savitt’s current times don’t put her in scoring range at Big Tens, but a lot of freshmen swimmers tend to see big improvements in their first year of college swimming, due to changes in their dryland and swimming regimen.

Nebraska certainly will have some gaps to fill this during this recruiting season, as the team will graduate seniors Alexandra Bilunas, Taryn Collura, Michaela Cunningham, Bria Deveaux, Katie Ditter, Samantha Hardewig, Jacqueline Juffer, Nicole Schwery, and Krista Van Wie this coming May.