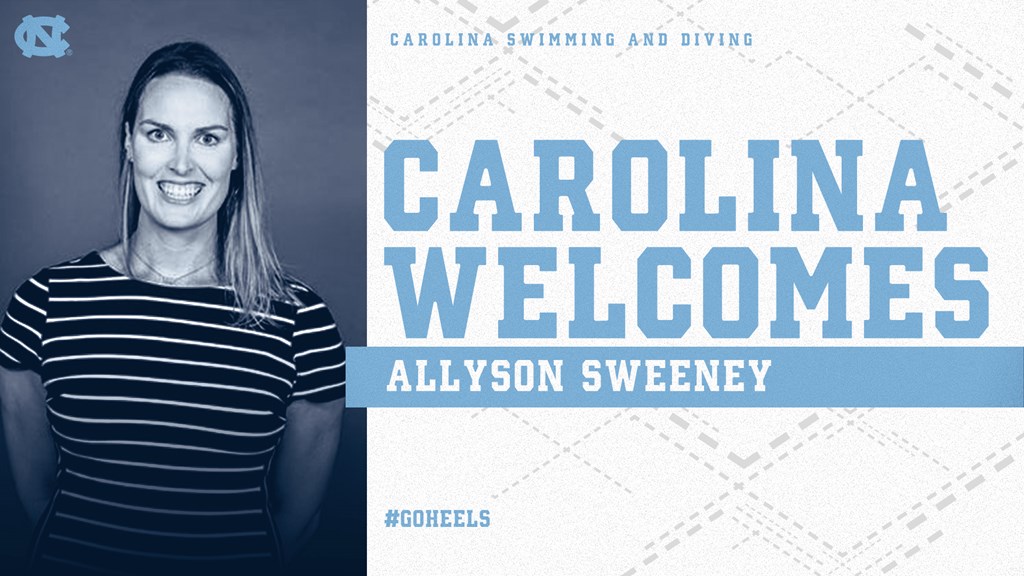 Allyson Sweeney, who was a 4-year member of the swimming & diving team at Texas A&M, spent last season as a volunteer assistant at Auburn. Current photo via UNC Athletics

UNC has announced the latest addition to the team’s new-look swimming & diving coaching staff for the 2019-2020 season: former Texas A&M swimmer Allyson Sweeney. She is the 4th full-time assistant that the school has announced for the new staff of Mark Gangloff, who took over the program after the resignation of Rich DeSelm at the end of last season.

In her time as a swimmer at Texas A&M from 2009-2014 (including a redshirt season), the Georgia native was a member of 2 Big 12 Championship teams, was a four-time Texas A&M Scholar-Athlete, three-time Big 12 Scholar-Athlete and four-time CSCAA Scholar All-American.

“I am excited that Allyson Sweeney will be joining the Carolina swimming and diving staff,” Gangloff says. “Allyson is a rising star. She works hard and demonstrates a growth mindset. She has worked with and learned from some of the best coaches and programs in the country.

“Not only does Allyson have a strong swimming background, but she also has a master’s degree in kinesiology and experience in strength and conditioning. Combined, Allyson is a perfect fit for our program and will make immediate contributions to the development and execution of our programming. She will also play a critical role in recruiting next generation of Carolina swimmers and divers. All around, Allyson will be a real asset to this program.”

Hunter’s last name is Hojnacki not Johnacki. But I bet he will like the potential of the new nickname: “Joh”

Vote Up60Vote Down Reply
All in the Coaching

Jeah! We’ll try out Joh for the Hoj! Go Heels. Do they have to call Christy Garth ‘mom’ now with all these young guns coming in to the UNC coaching staff?

Look at this brotherly love <3 looking out for little HOJ