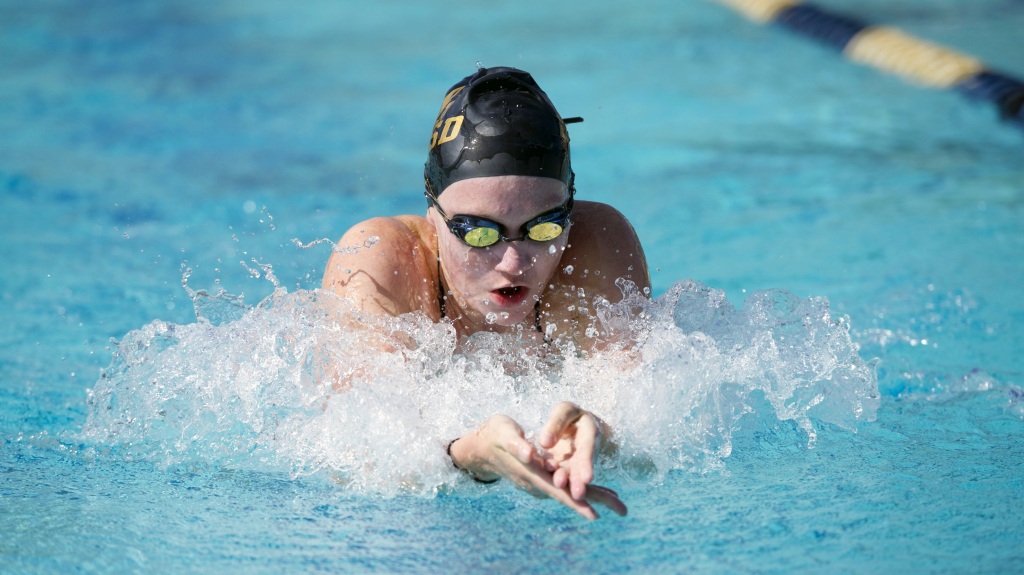 Rollins College, a DII program in Florida, secured a pair of commitments for this fall from Chance Ricca and Payden Knettles.

Kurakin was in the lead from start to finish, and although it looked like he would get caught on the 2nd-to-last 50, he managed to kick it into gear

Sara Jones Announces Commitment to Concordia University for Fall of 2021

Sara Jones of Bellingham, Washington has announced that she has committed to swim at Concordia University as member of the school’s freshman class of 2021.

Mattice, formerly of George Washington University, takes over for NC State’s Yahya Radman, who led the program for the last 8 seasons.

LA JOLLA, Calif. – The University of California San Diego men’s and women’s swimming and diving teams have announced their 2018-19 slate. In their first season as members of the Mountain Pacific Sports Federation (MPSF), the UC San Diego squads host seven home meets, as well as their annual Blue vs. Gold exhibition, at Canyonview Aquatic Center. The season marks the second year with Head Coach David Marsh at the helm.

Marsh is excited for a schedule that differs from past years, as the season starts earlier and features new opponents.

“It’s a whole new ballgame really,” Marsh said. “We’re moving towards competing against Division I schools… This year, our attitude is that we want to start racing the best in swimming. Fortunately, California is loaded with good swim teams and teams that want to come to San Diego to compete in meets.”

The action starts in October, as the Tritons open their season at the Trojan Invite from Oct. 5-6. Marsh is looking forward to starting the season with a challenge in Los Angeles.

“We’re starting off with a bang going to USC, competing against a top ranked Division I opponent,” Marsh said about the Trojan Invite. “We’re expecting them to be really fast there.”

Two weeks later, the Tritons host their home opener when the women of Boise State, UC Davis and San Diego State come to La Jolla. The Triton women compete against the Broncos, Aggies and Aztecs at 2 p.m. on Oct. 19.

UC San Diego splits the next day, with the swim team remaining at home for its annual Blue vs. Gold event and the divers hitting the road. The Blue vs. Gold event will feature a team scrimmage at 7 a.m. followed by alumni races at 9 a.m. While the swimmers host the event, Triton divers will travel to Riverside to take part in CBU’s Lancer Invite at 8 a.m.

On Oct. 27, the Tritons go head-to-head with familiar foe Claremont-Mudd-Scripps. They look to repeat their success from the previous season, as the men defeated the Stags, 148-135 and the women defeated the Athenas, 175-114. However, Marsh knows it will not be easy.

“Last year they gave us a good run on the women’s side,” he said. “We expect to use this meet as a meet that helps us understand where we are during one of the heaviest training times.”

The Tritons see the Trojans for the second time of the 2018-19 season from Nov. 9-11 when the UC San Diego divers compete at the Trojan Diving Invitational. The swimmers will compete across town on Nov. 10, facing UC Santa Barbara and the women of UCLA at 11 a.m. at UCLA.

On Nov. 28, eligible swimmers will compete at the USA Swimming Winter Nationals in Greensboro, N.C., while the rest of the Triton team heads to the UNLV Invite the next day. Marsh considers the UNLV meet to be crucial.

“We’ll try to get a good barometer of where we are after a fall of training,” Marsh said. “I’d hope that most of the swimmers would get close to, if not surpass, their best times.”

UC San Diego returns home after the New Year, hosting UIW, Wyoming and the women of San Jose State at 12 p.m. on Jan. 3. The Tritons play host once again on Jan. 5, this time welcoming Cal State Bakersfield, the women of LMU and the women of Cal State East Bay to Canyonview Aquatic Center.

On Jan. 12, the Tritons travel north to San Luis Obispo for a dual meet with the Mustangs at 11 a.m. The meet is UC San Diego’s first at San Luis Obispo since the 2012-13 season. Marsh expressed that it is one of the meets that he is most looking forward to.

“Cal Poly is in the MPSF conference and they’re a team like us that is a strong academic school,” Marsh noted. “They have a lot of similarities in that they often compete for the same recruits in California.”

The Triton men see their last regular-season action from Jan. 26-27 as they host the men of Cal. Marsh believes the two-day meet will be extremely advantageous for the Triton men.

“This is a great measure for our guys to see how they measure up against what will likely be the number one ranked Division I team in the nation,” Marsh said. “This is a big new move for our school and we hope that lots of folks come out.

For the women, their final regular-season competition takes place on Feb. 2 as they host crosstown rival USD.

UC San Diego takes part in its first MPSF conference championships towards the end of February. The swim portion will take place from Feb. 20-23 at East Los Angeles College, while the dive portion is scheduled for Feb. 21-23 at the Rose Bowl Aquatic Center.

“The move to MPSF is a giant move for our school and puts us against opponents that present a complete challenge,” Marsh explained. “This is a big step up from our previous conference meet and our athletes are embracing and looking forward to that challenge.”

Postseason action then continues into March. The Tritons, who will eventually hold Division I membership starting in 2020-21, will compete at the NCAA Division II Championships in Indianapolis, Ind. from March 13-16.

All regular-season contests at Canyonview Aquatic Center are free to attend. You can view the entire 2018-19 swimming and diving schedule here.