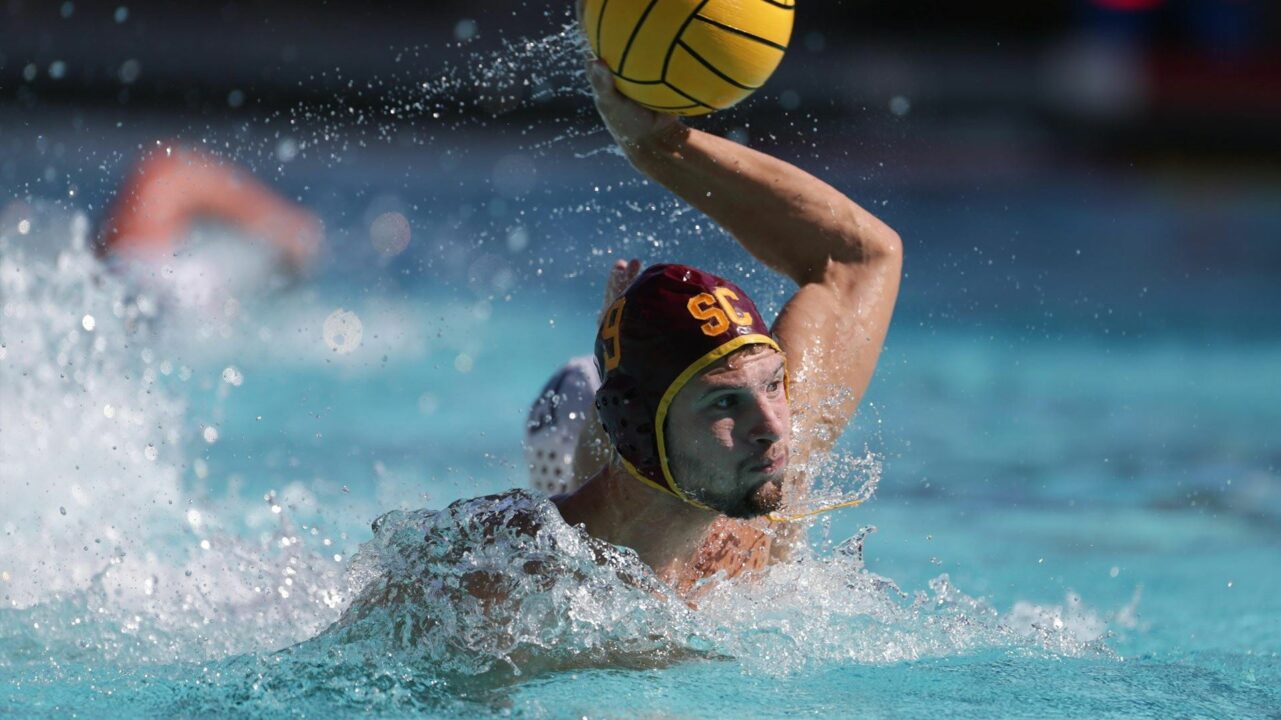 UCLA and USC now stand tied at #1 in the National Top 20 poll, while Pomona-Pitzer Colleges retains sole custody of the top spot in the Division III rankings. Archive photo via Yannick Peterhans

Mount St. Mary’s men’s water polo turned in a winning score Saturday, using stellar defense throughout and 10 second-half goals in a victory over the Lions.

The Lancers opened the festivities with the first pre-game flyover in the history of CBU Athletics and finished them off with a 9-8 win over Air Force.

The senior had another hat trick and took over as USC’s No. 4 all-time scorer.

The Bruins (97 points), who defeated USC (97 points) by a 7-6 score on March 21, 2021, for the delayed National Collegiate Athletic Association (NCAA) Championship, are deadlocked with the Trojans after ranking at No. 1 in the final Winter 2021, 2021 Preseason and Week 1 polls.

Santa Clara University (28 points), Bucknell University (24 points), Pomona-Pitzer Colleges (19 points) and Loyola Marymount University (18 points) move up to No. 14-to-17, respectively, while Harvard University (17 points) sticks at No. 18 for another seven-day run.

Pomona-Pitzer (100 points), which was ranked at No. 3 in the Preseason balloting, is a unanimous top selection for the second week in a row.  California Lutheran University (94 points), Whittier College (90 points), Claremont-Mudd-Scripps Colleges (84 points), the Massachusetts Institute of Technology (77 points) and Johns Hopkins University (72 points) also remain stagnant at No. 2-to-6.

Occidental College (66 points) rises one spot to take over at No. 7, while the University of Redlands (64 points) moves into a tie with Chapman University (64 points) at No. 8.  Austin College (51 points) completes the Top 10.

Fordham (95 points), Bucknell (95 points) and Navy (95 points) are deadlocked through two weeks of competition.  George Washington University (81 points) and Wagner College (68 points) remain at No. 4 and 5, respectively, for another week.

The 2018 NWPC Champion Tigers (100 points) – which were tied with three-time (2016, 2017, 2019) NWPC Champion Harvard University at No. 1 in the Preseason voting prior to assuming status as a unanimous top selection last week – holds a five point lead over Harvard University (95 points).  Brown University (89 points) and St. Francis College Brooklyn (86 points) hang on at No. 3 and 4, while Iona College (48 points) cracks the Top Five by assuming the final position.

A seven-team conference, the NWPA is comprised of Brown, Connecticut College, Harvard, Iona College, the Massachusetts Institute of Technology (MIT), Princeton and St. Francis Brooklyn for the 2021 season.