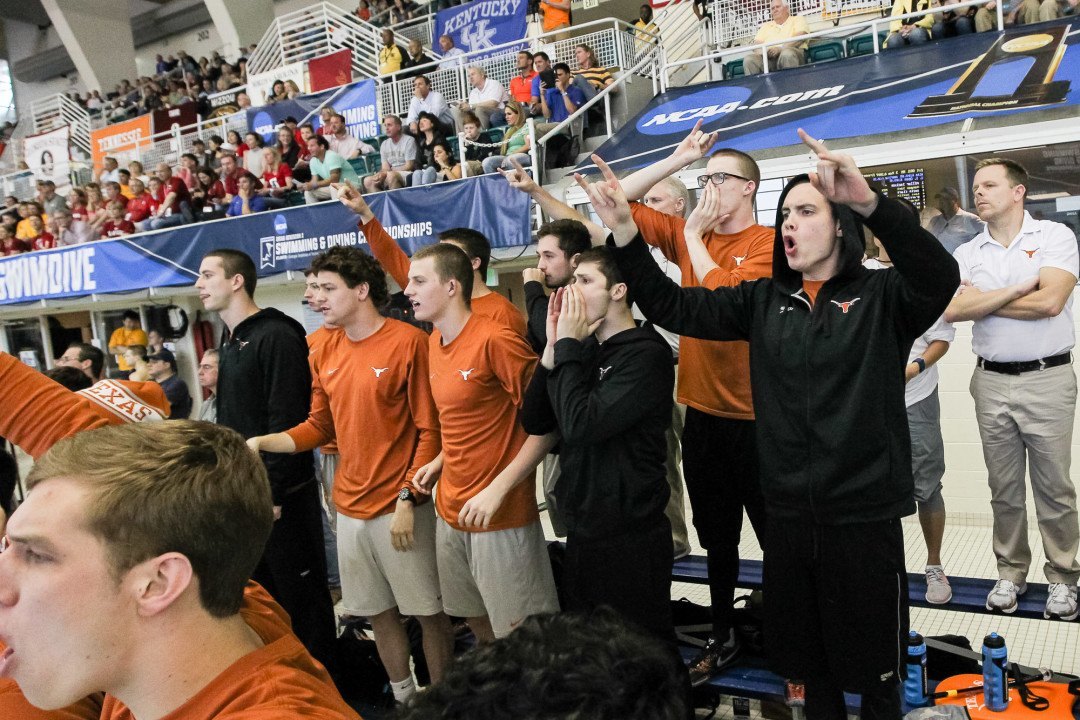 The defending NCAA champion Texas men have added another distance free/IMer to their recruiting class, as Edina Swim Club’s JohnThomas Larson has committed to join them next fall. Larson joins a recruiting class that includes distance freestylers Chris Yeager, the #10 recruit in this class, and Colter Carman.

Larson’s arrival will help Texas in a few areas where they’ll be impacted by graduation losses the most. Two of those areas are the 500 and 1650 freestyles, as 2016 Olympic gold medalist Clark Smith, the 2015 NCAA 500 free champion and Big 12 Record holder in the 1650 free, is now competing in his senior season for the Longhorns. Larson could also be contributing in the 400 IM, where the Longhorns will no longer have 2015 NCAA champ and 2016 NCAA runner-up Will Licon.

When he arrives on campus, Larson will still  have plenty of top notch training partners for the distance free and IM races. That group will include NCAA 200 and 500 free champion Townley Haas, Big 12 400 IM champion Jonathan Roberts, and Big 12 finalists Jeff Newkirk, Max Holter, and Jared Butler.

Larson adds his name to a list of verbal commits into the University of Texas class of 2021 that includes: