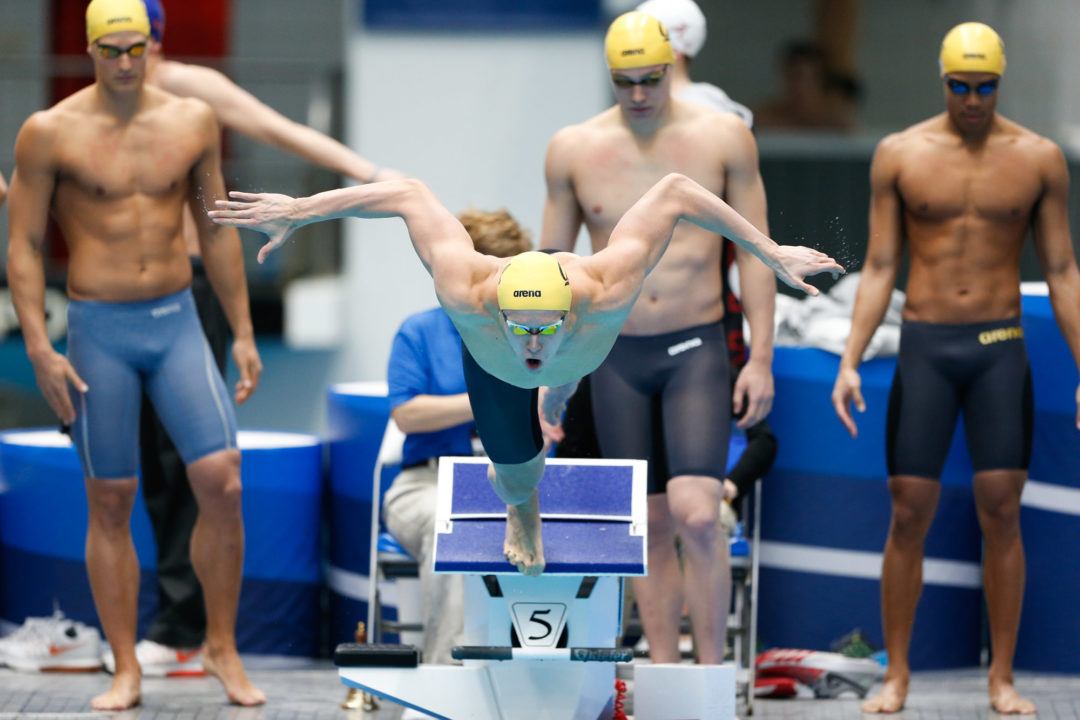 “I Work Hard at Practice… But it Feels Like I’m Not Improving.”

Feeling like you are stuck in the mud with your swimming? Here’s a quick guide to getting unstuck and start moving forward in the water.

Unleash the Power of Self-Affirmations for Faster Swimming

Affirmations are a proven way to develop a mindset that allows swimmers to get the most of themselves in practice and on race day. Here’s how.

How to Use Training Goals for Supercharged Self-Confidence

Self-confidence comes from the training that you do each day in practice. Here’s how training goals can help you develop some serious self-confidence.

When Mary T. Meagher decided that she was going to break a world record, she focused on doing two things every day as well as she possibly could.

What’s your default reaction when things don’t go your way in the pool?

Or rather, once you have had a moment to feel the setback, to vent off some frustration, how do you react?

Do you give up?

Or do you use that failure as high-grade fuel for something greater?

“I hope it stays there, burning inside of me…”

Mike Barrowman had just achieved every swimmer’s dream: he had dropped five seconds off his best time in the 200m breaststroke to qualify for the 1988 Olympic Team.

The 19-year old hadn’t expected such a big time drop.

But it was still surprising.

With only six weeks until the Olympics, Barrowman found himself scrambling to realign his expectations.

Now he wasn’t just trying to make the team, he was suddenly in contention for Olympic gold.

In Seoul, the Olympic final did not go well.

Within the first 20m of the race, his coach Jozef Nagy could tell that his 19-year old protégé wasn’t ready to compete with the best in the world.

“It was obvious he was very scared,” said Nagy. “I could tell he was not going to race those people.”

Placing fourth, Barrowman was so devastated by the result that it was six months before he could watch video of the race.

Upon returning from the Games he resolved to do whatever it took to become the best breaststroker on the planet.

“Nothing can get in the way of that,” Barrowman said. “I won’t overlook any detail, no matter how small it is.”

During the long days of training, where he would spend 6-7 hours a day in the water with fellow breaststroker Sergio Lopez, when the fatigue and the soreness and the rote repetition of swimming lap after lap tested him, he would think back to that swim in Seoul.

He would remember the disappointment.

And how he never wanted such a result to happen again.

“When Seoul stops bothering me, I’m in trouble,” Barrowman said after breaking the world record in 1990 at the Goodwill Games in Seattle. “I hope it stays there, burning inside of me.”

Less than a year after Seoul, Barrowman broke the WR in the 200m breaststroke for the first time.

Three years after that, at the 1992 Barcelona Olympics, Barrowman dominated the field, winning gold by over a second while breaking the WR for a sixth time.

The Way We Handle Failure

Option one is to quit. We tried, right?

Option two is that we use it as a springboard into something much better. Our failure refocuses us, gets us a little angry, and pushes us to smash some hard work.

But they have a habit of failing forwards, into something better.

After you have a chance to grieve, vent, or swim out your frustration, what’s the next step?

How can you turn this setback into a five-star comeback?

How can you make this failure the best thing to ever happen to you?