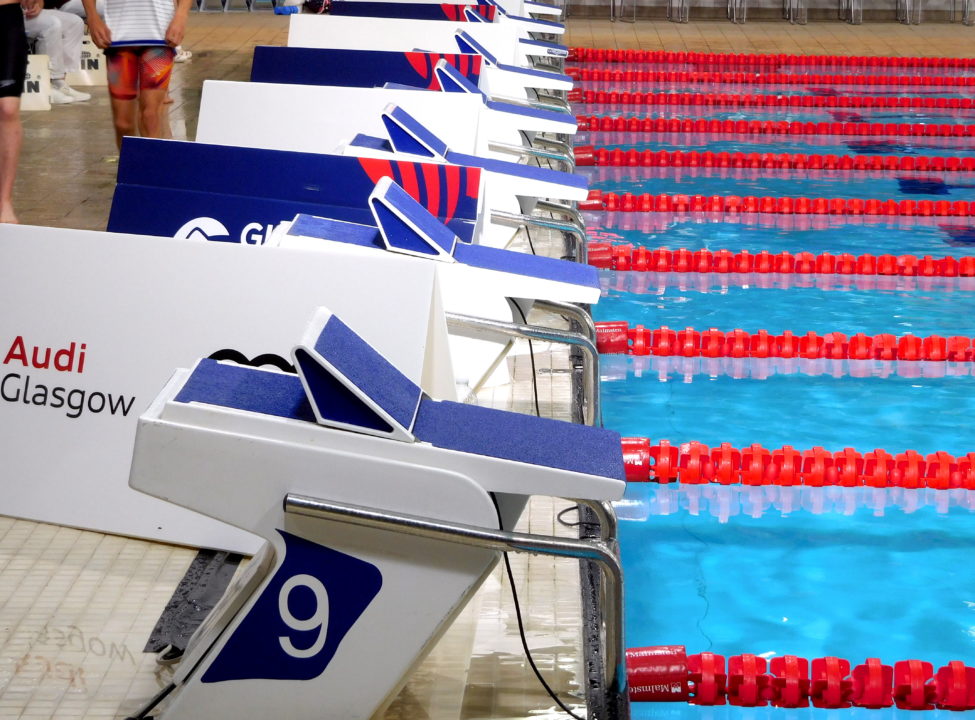 Take a look at 5 impressive male swims from the European Youth Olympic Festival which took place this past week in Baku, Azerbaijan. Stock photo via City of Glasgow Swim Team

With the World Championships in Korea monopolizing the swimming spotlight this past week, several notable swims taking place at the European Youth Olympic Festival in Baku, Azerbaijan went under the radar. You can catch up on each day’s EYOF SwimSwam recap below.

Additionally, we’ve selected 5 swims for our top 5 of the meet for the men and will follow-up with a women’s edition as well.

Croatian Franko Grgic took the top prize in the men’s 1500m free while competing in Baku, hitting the wall in a time of 15:04.75, the 2nd fastest swim of his young career.

Swimming at the 2019 Croatian Team Championships in March, Grgic swam a 14:56.55 in the 1500m free. That time broke the old Croatian Record of 15:04.45 and made him the country’s first-ever swimmer under 15 minutes in the event. The 16-year-old’s time wasn’t too far off of that history-making record.

Grgic’s time in Baku checked-in as a new EYOF Record, completely crushing the previous meet standard of 15:24.02 from Spain’s Cesar Castro back in 2015.

Despite the original official resutls listing Romania’s David Popovici as being a 15-year-old, the teen is just 14 years of age, which means his sub-50 second 100m free performance in Baku was even more impressive. Popovici cracked a new EYOF Record in the men’s 100m free, taking the gold in a time of 49.82.

He now the world’s fastest known 14-year-old in the 100m free, overtaking British swimmer Jacob Whittle’s previous known fastest of 49.97 from both British Championships and in the semi’s in Baku.

Mateusz Chowaniec got Poland on the board with field-topping time of 22.91 in the men’s 50m free. Hitting the wall in the only sub-23 second mark of the final, the 15-year-old fired off the fastest time of his career, surpassing the 23.21 he produced just earlier this month domestically.

At just 15, Chowaniec now ranks as the 7th fastest 18&U European swimmer this season.

Danish swimmer Rasmus Nickelsen notched a winning 100m fly time of 52.95, checking in as the only sub-53 second time of the field.

16-year-old Nickelsen was 53.82 at the Danish Open just this past April and before that meet had never been under the 54-second threshold. That means the man found a way to drop well over a second in this sprint event in just a matter of a few short months.

The Danish Junior National Record was set at 53.50 from Daniel Steen Andersen’s 2013 swim, so Nickelsen acquired the new mark with his outing here in Baku. The senior record stands at 52.09, so the teen has less than a second to go before coming into the senior record territory.

Edward Mildred of Great Britain, won the men’s 200m free in a time of 1:49.33, marking the first time the Briton has entered the sub-2:00 territory.

Hmm… Dosent agree on the conclusion of Nickelsen is less than half a second away from the juniorrecord, he owns it with 52.95 :-). Maybe also worth to mention that Daniel S. Andersen 2013 swim/record was enough to take the gold medal at European Juniors in 2013.
Watch out for this guy, also 50.2 in 100 free

Well Nickelsen beat the junior record, so he is the new holder