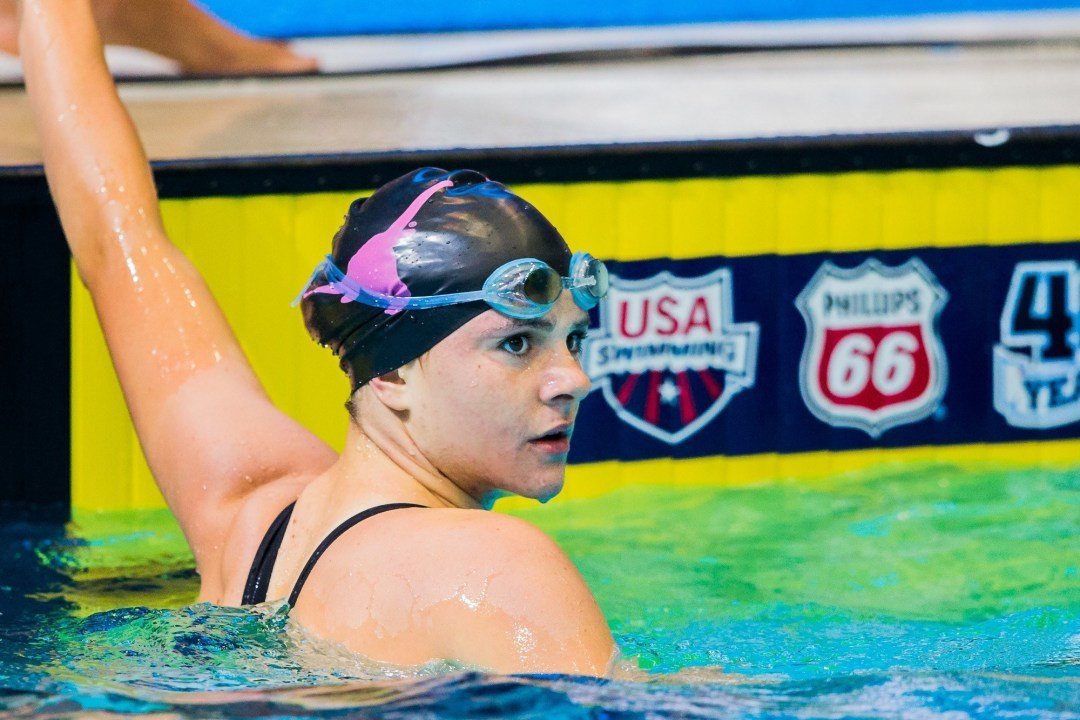 Junior National Team swimmer Quinn Carrozza has changed her verbal commitment from the Arizona Wildcats to the Texas Longhorns, she confirmed to SwimSwam on Monday morning, which results in a big shift in the recruiting landscape in the class of 2015. Archive photo via Tim Binning/TheSwimPictures.com

Junior National Team swimmer Quinn Carrozza has changed her verbal commitment from the Arizona Wildcats to the Texas Longhorns, she confirmed to SwimSwam on Monday morning, which results in a big shift in the recruiting landscape in the class of 2015.

Every season, we get a few distinct reminders that verbal commitments are non-binding until a National Letter of Intent is signed. The first opportunity to officially sign is in early November.

For Carol Capitani and the Longhorns, Carrozza is the immediate-impact individual scorer that they really needed to get in this class and shores up the program’s future along with fellow class of 2015 commits Remedy Rule and Brooke Hansen. Though her yards times don’t necessarily indicate it, she’s also a potential solution to the leadoff leg of their medley relays based on her long course backstroke times.

In yards, Carrozza’s best times are:

Those times are tempered a bit by the fact that Carrozza doesn’t race high school in Texas, so a lot of her racing focus is in long course. The reality is that she’s probably faster than most of the times above indicate.

Carrozza is an Austin native, having hopped between Longhorn Aquatics, based at the University of Texas Swim Center, and Nitro programs.

Fickle – interesting. We’ll keep chasing it, but so far we can’t find anyone in Austin, club or college, who knows anything about her changing her mind and going to Georgia. May be an error, or someone having some fun with her.

Good example on why it’s important to take all your recruit trips and give some time in between each trip to really weigh the pros & cons of each school. I did this with my son. Wishing her the all the best.

Great get that should be able to make immediate contributions to relays and individual events. The Longhorn class looks a lot stronger than it did a few days ago.

Now this commitment makes a little more sense. Carozza would have been a great addition to either teams.

has she been racing lately or is this a risk?