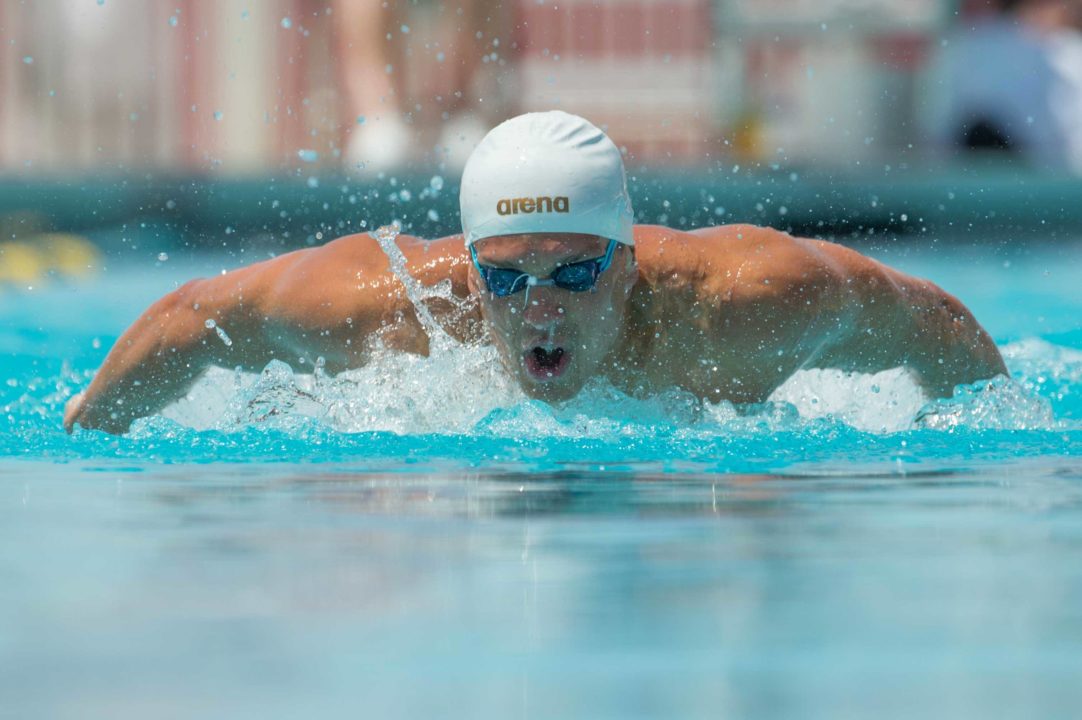 American swimmer Tom Shields, despite being in line for a big payday, has opted out of the rest of the Beijing stop of the FINA World Cup.

Instead, Shields will focus on training preparations for the upcoming FINA Short Course World Championships, which also come with prize money (though not at the level of the World Cup Series). Shields said he wasn’t sure if he was done with the World Cup for the season or if he’d be racing at the Minneapolis Grand Prix this year.

Going into the Beijing stop that began on Friday, Shields sat in 2nd place with 225 points. While Le Clos is largely uncatchable presuming he finishes the series at 282 points, Shields would’ve had a little fight with 3rd-place Daniel Gyurta, who has 200 points, but with continued weak fields in Asia so far in Shields’ events, he had the inside corner on that $80,000 check.

Nobody else who is participating in Beijing has a realistic shot at catching Shields for 2nd. Rules don’t require him to race at all meets to collect the overall series bonus, however, and while Gyurta will likely catch him, Shields still has a chance at hanging on for 3rd-place and a $30,000 bonus.

Tough call. $30,000 to set yourself up better for Worlds, or $80,000 to race more but have less prep time for Worlds. I’m not sure what his expenses are while on the circuit, but with the amount he’s won so far, I’m sure that by this point he’s made a nice enough return on investment that $30k to do nothing looks pretty good.

I’m just glad to see a young swimmer with a ton of potential making enough money to stay in the sport. I know there have been plenty in the past who haven’t capitalized as well and had to retire early.

For that USD 50,000 difference, he should fight and at least swim in Tokyo and/or Singapore

I always wondered how that world cup circuit affects their training. It seems like all the time between traveling and competing would make it hard to train consistently?