Tom Shields Becomes First American Man Under 1:49 In The 200 Fly 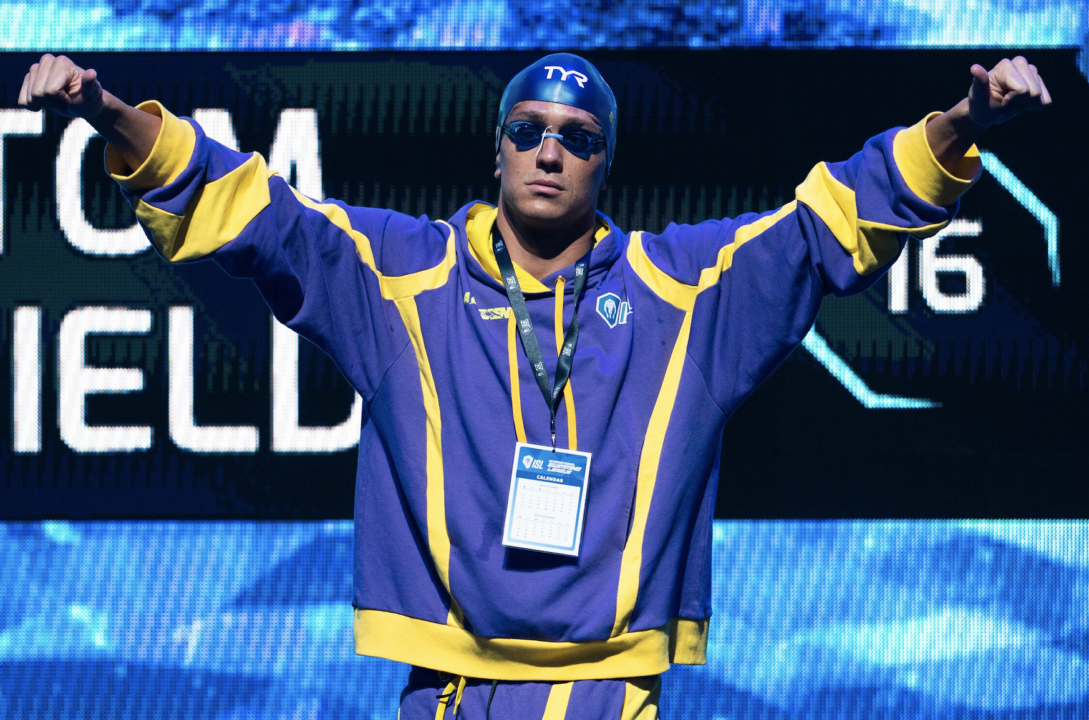 Shields’ swim takes down his previous mark of 1:49.02, set last week during the semi-finals, and moves him past Laszlo Cseh (1:49.00) to become the third-fastest man of all-time.

When he broke the national record in the semis, Shields lowered his five-year-old mark of 1:49.05 set at the 2015 Duel in the Pool.

Near identical over the middle 100, Shields was better opening and closing today compared to his swim in the semis.

The 29-year-old was out-touched at the finish by Energy Standard’s Chad Le Clos, who won the race in 1:48.57 for the fourth-fastest swim ever. That gives Shields the sixth-best of all-time, while Le Clos incredibly owns seven out of the top-10.

On the opening day of the meet, Shields recorded a PB of 48.47 in the 100 fly, under his old American Record, but Caeleb Dressel took that accolade by setting the world record in 47.78. Shields also recorded the fastest 100 fly relay split in history in 48.04.

Congrats Tom!!!! Such a fantastic swim!!

Amazing to see Tom at the top of his game!