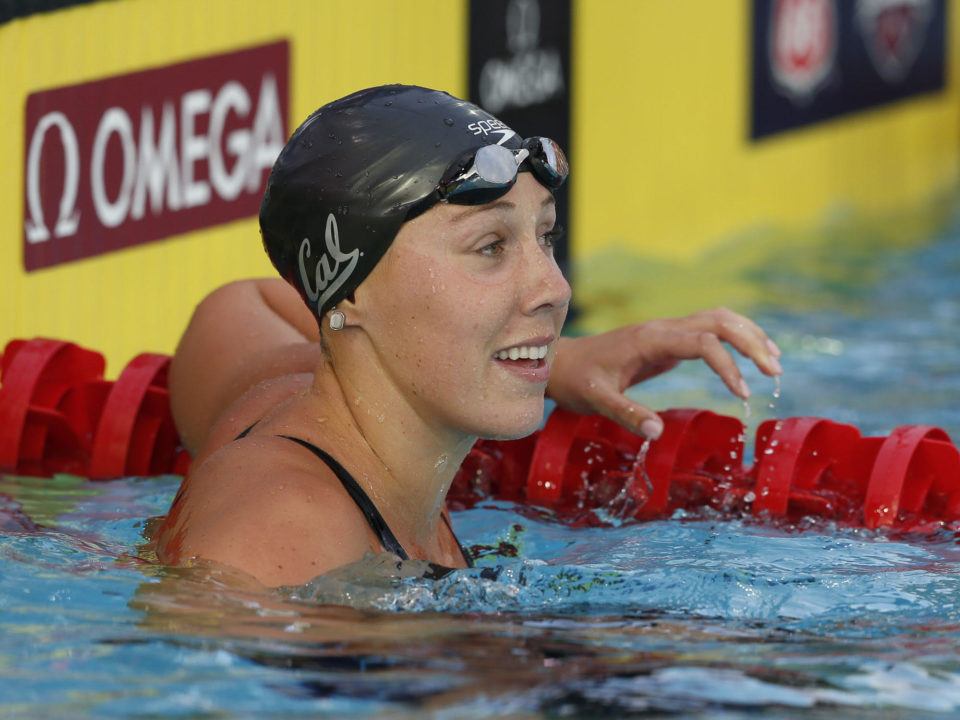 Abbey Weitzeil swam on all five Cal relays that achieved the NCAA 'A' cut over the weekend at the Georgia Fall Invitational. Archive photo via Tim Binning/TheSwimPictures.com

After the first weekend of invites there were a total of six women’s and eight men’s teams who had hit at least one of the 2019 NCAA relay ‘Auto’ standards, and now that invite season is completely wrapped up that number has doubled.

There are now 14 women’s teams with at least one cut, and 15 men’s. After the first round of meets the Louisville women and Indiana men led the way with four relay cuts each, but four different teams managed to hit the standard in all five over the weekend.

The Texas women lead the way with five cuts and two NCAA-leading times in the 200 and 400 free relays. The Cal women also hit all five, now impressively ranking 2nd in the country in four and 3rd in the other, while the Michigan women also made five including the nation-leading time in the 400 medley. Tennessee joined Louisville with four.

On the men’s side the Golden Bears made all five cuts including posting the top time in the country in the 200 free, 400 free and 200 medley relays. It should also be noted that their ‘B’ medley relays were also incredibly fast, and, even leaving their ‘A’ team in the rankings, would sit 3rd in the nation in both events.

Below, find a full list of teams with relay cuts. The first number is the number of auto standards they’ve made, and the number in parentheses are their addition provisional cuts. Teams in bold are the ones who have qualified to swim all five at NCAAs.

Stanford women looks like a sinking ship at this point in the season. They can only B final the medley relays with those times.

Yeah, and Cal didnt even show its full hand…Bilquist was limited and i think only on one relay, and Isabelle Ivey joins them next semester.

Don’t count out the LADY VOLs MACHINE they lookin good fer a win???