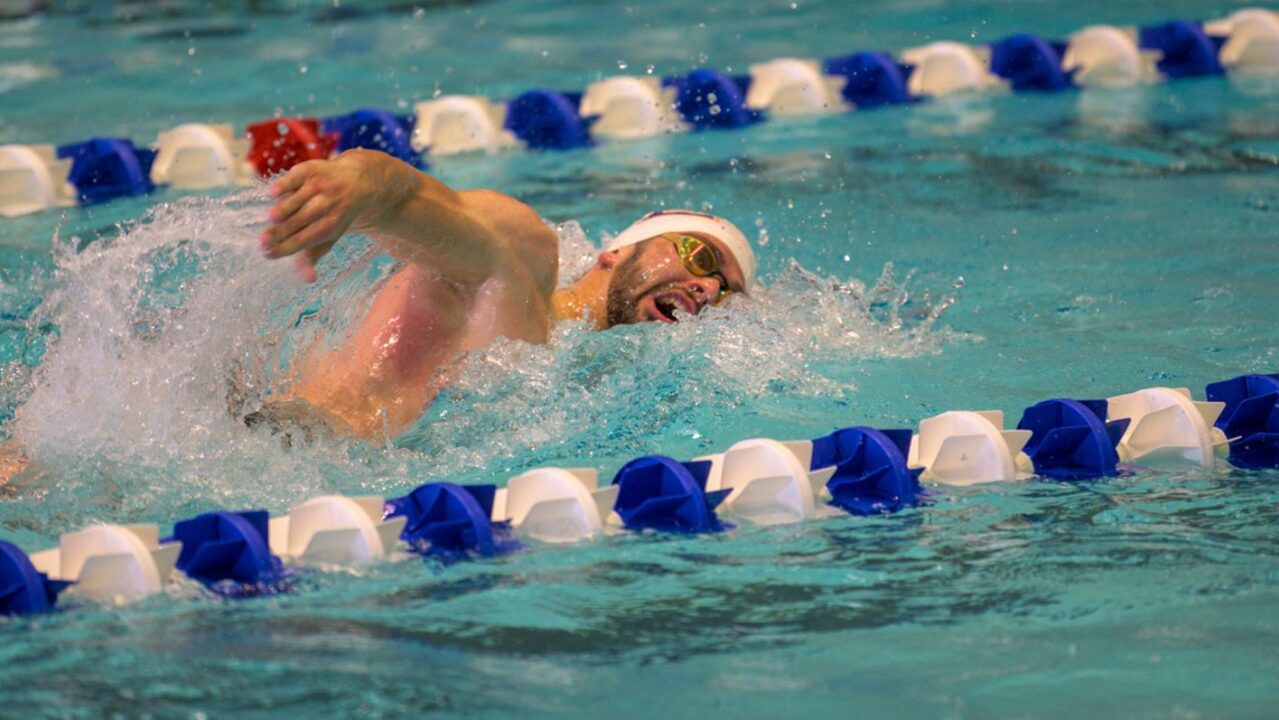 EVANSVILLE, Ind. – Roy and Mary Wyttenbach Pool at the University of Evansville has seen a lot of history through the years.  On Friday, it witnessed more, as the UE swimming and diving teams set three pool records during a dominant sweep of the visiting Valparaiso Beacons.

“We had some great swims today, and I thought that everyone swam out of their comfort zone and swam great,” said UE swimming and diving coach Stuart Wilson.  “Setting three pool records is always fun to see, especially this early in the year.”

In addition to the three pool records, a pair of UE freshmen joined UE’s top 10 fastest swimmers in the 200-yard breaststroke.  Freshman Carlos Souto Vilas (A Coruna, Spain) became the 10th-fastest male swimmer in event, as he cruised to an individual title with a time of 2:08.47.  Fellow freshman Mari Mueller (Aschaffenburg, Switzerland) also became the eighth-fastest female at UE in the 200-yard breaststroke, as she clocked in at 2:23.42 to take first place.  Overall, UE placed first in every single individual and team event in the meet.

“Like I said, I thought that we had some great swims across the board,” said Wilson.  “Obviously, the records were impressive, but we also had other swimmers step up and really shine, like Jessie Steele in the women’s 100 free (individual winner with a time of 53.02).  Across the board, I was pleased with how both teams did.”

“This being the first meet for the divers this year, I feel very encouraged in the direction that we are headed and look forward to Illinois State next weekend,” said first-year UE diving coach Dustin Bredemeier.  “Having once stood on the same boards as my divers, it was a very reflective moment and, yet, very exciting to coach my first meet, and once again be on the pool deck for a competition at UE.”

The UE men will take the next week off from competition, while the women will be in the pool once again next Saturday, as they travel to Normal, Illinois to take on the Redbirds of Illinois State at 2 p.m.

The Valpo men’s and women’s swimming teams returned to the pool Friday afternoon with a dual meet at Evansville, the first of back-to-back meets this weekend for the Beacons. The dual against the Purple Aces was the first of three against conference opponents for both the men and the women this season.

It’s a quick turnaround for the swimmers, as Valpo returns to the pool Saturday at the Indiana Intercollegiates in West Lafayette, hosted by Purdue. The meet is scheduled to begin at 11 a.m. CT, and links for live video and scoring are available at ValpoAthletics.com.