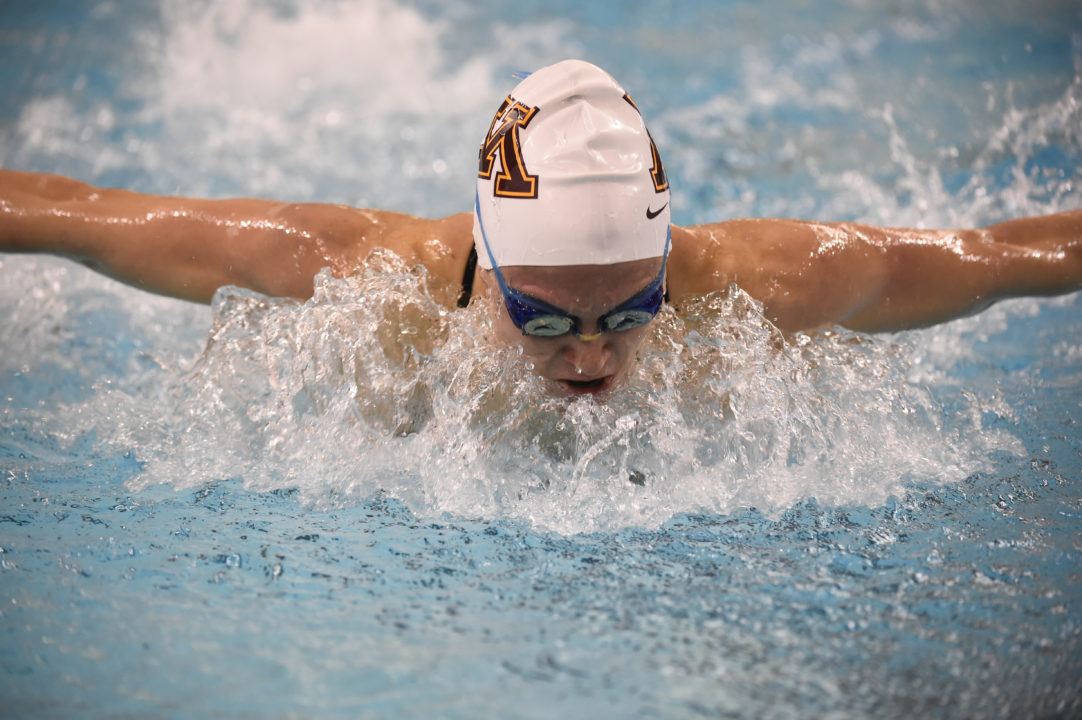 “We are looking forward to building on our NCAA finishes from last season,” said Senior Associate Head Coach Terry Ganley. “The Fall schedule will jump start us with a home dual with ACC power Florida State, followed up with great B1G dual against Iowa, and as always an awesome Border Battle in Madison with the Badgers.  The Gophers are ready to go for the 2018-19 season! “

The Gophers will once again begin the season hosting their annual Alumni Meet, on September 28, at 6:00 PM. The Gophers will welcome and honor their past alumni to celebrate, compete, and launch the new season.

Minnesota will then travel to Madison, Wis. to meet the Badgers in their first official meet on October 12. Both the Gopher squads will look to defend their wins from a season ago over their border rivals.

Back in Minneapolis a week later on October 20, the Gophers will host the Florida State Seminoles in their first home competition of the regular season. Extending their home stand, Minnesota will host a triangular meet with South Dakota State and fellow Big Ten competitor Iowa on October 27.

November presents some exciting dates for the Gopher swim and dive teams. Traveling to the Morgan J. Burke Aquatic Center, Minnesota will take part in the inaugural ACC/B1G Swimming & Diving Challenge spanning from November 10-11 in West Lafayette, Ind. The Gophers then will be back on the deck at the Iowa Invitational, in Iowa City, over the weekend of November 15.

The final week of November signifies Gopher fans last chance to catch the Minnesota swim and dive teams in Minneapolis. From November 29 to December 1, the Gophers will host the annual Minnesota Invite at the Jean K. Freeman Aquatic Center with teams from all over the Midwest and Big Ten traveling to compete.

After the New Year the Gophers will jet off to the Pacific. On January 12, Minnesota travels to the Aloha State for a meet against Hawaii before swimming against USC and Oregon State in Los Angeles a few short days later.

The team returns to the Midwest for one last meet against Northwestern and Purdue in Evanston, Ill. on February 1, before beginning their championship schedule.

The Gopher season will culminate in Austin, Texas at the NCAA Championships. First up will be the NCAA Diving Zones starting March 11 with the Women’s and Men’s NCAA Championships taking place on the consecutive following weekends respectively.