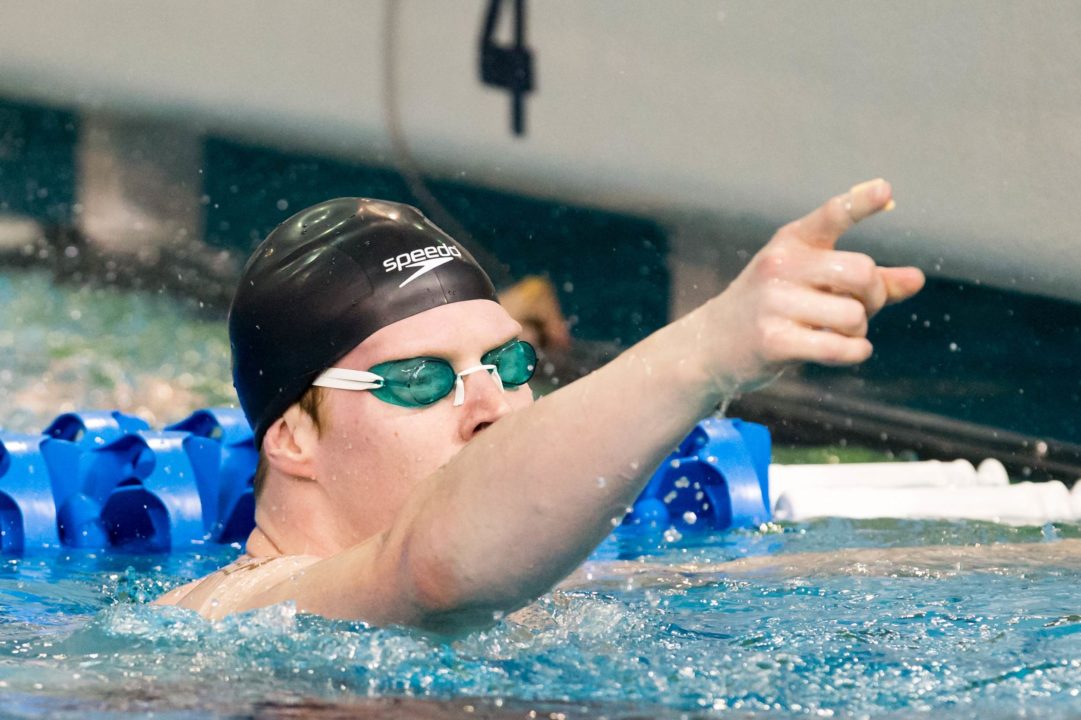 Winslow, Wells, and Roberts surpassed all expectations-- earning them a lifetime in the Maine Swimming and Diving Hall of Fame Current photo via Tim Binning/TheSwimPictures.com

Winslow, who has received four Coach of the Year swimming honors along with two Coach of the Year diving recognitions, is much more committed than your average swim coach. He is the head swim coach at Husson University. He has helped the Lions earn their spot in 3 Class B State championship meets and get gold in 17 Class B relays. Seventeen may be his favorite number, as he has also led the Lions to 17 Kennebec Valley Conference Championships! Adding to the impressive list, Winslow coached five divers to state titles. In 2016, Aaron Winslow earned his 350th dual meet win.

Wells, who was a five-time All American at Morse High School, continued his legacy at the University of Indiana with All American honors and the win of two individual gold medals at the Big Ten Championships. His impressive list of meets he has competed at range from the Y Nationals (in which he set a Y national record in the 50 meter backstroke of 25.90 in 2010) to the Team USA World University Games held in Russia in 2013. Before college, Wells had swam for Long Reach Swim Club in Bath, where he earned 19 state titles and three New England crowns.

Roberts, who raced for Sanford High School, earned seven individual titles at the Class A State meet, where she set four state records. Before transferring to the University of New Hemisphere, Roberts earned Honorable All American honors as a relay swimmer at the University of Maryland. In 2010, she won the 100 yard fly with a 54.2 at the Y Nationals. At UNH, Roberts was titled the 2013 America East Swimmer of the Year with multiple America East and ECAC gold medals. A year before being named swimmer of the year, Roberts qualified for the Olympic Trials.

As of now, including this year’s inductees, there are 62 athletes in the Maine Swimming and Diving Hall of Fame. Wells, Roberts, and Winslow will be inducted on October 9th in Portland at the Maine Swimming and Diving Hall of ceremony. Joining them will be the class of 2020 inductees as their induction was canceled due to COVID-19 restrictions (Kate Kovenock, Rob Hale, and Fran Fox).

More from Lauren Clark
See All