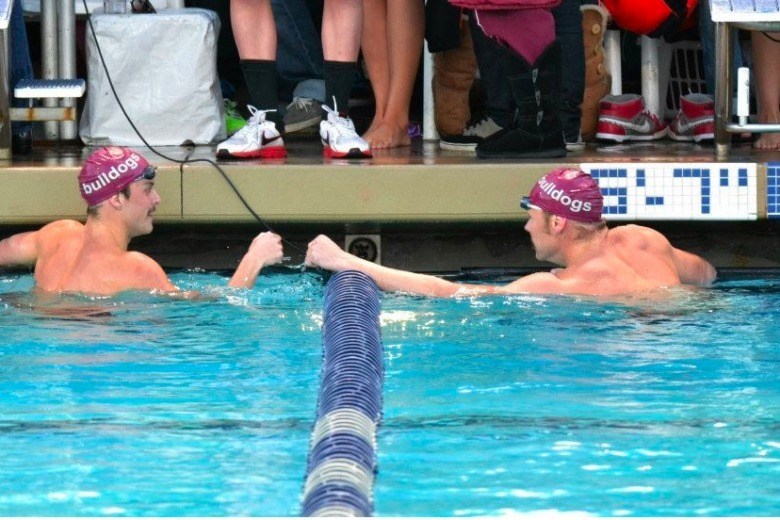 In 2010, Chris Depew finished 2nd at D3 NCAAs in the 200 IM. When his brother Jeff joined him the next season at the University of Redlands the goal was a 1-2 Depew finish at NCAAs in that 200 IM.

In 2010, Chris Depew finished 2nd at D3 NCAAs in the 200 IM. When his brother Jeff joined him the next season at the University of Redlands the goal was a 1-2 Depew finish at NCAAs in that 200 IM. Some very scary stomach issues kept Chris from having the season he needed to complete that goal, but younger brother Jeff took the title in the 200 IM as a freshman. This year, with Chris in his senior season and Jeff in his sophomore, they completed what they set out to do. Jeff repeated as champion, and his Chris touched 2nd.

In this interview with Garret McCaffrey, the Depew brothers talk about achieving that goal in the 200 IM. They also discuss their relationship and the practice dynamics that kept them both in position to take the top two spots at NCAAs. In a bit of a broader discussion they talk about the benefits to choosing the D3 path as opposed to the D1 option that both brothers past up.

Chris is majoring in Math, minoring in PE while getting his teaching credentials so he can become high school teacher when he graduates on April 20th. Jeff is a Communicative Disorders major, PE minor, and teaching credentials in hopefully being a Special Ed teacher or speech pathologist.

Great interview of wonderful, fun guys who I have followed from a far for a while. Thanks for telling their story.