The 5 Races To Watch At The Mare Nostrum, Barcelona 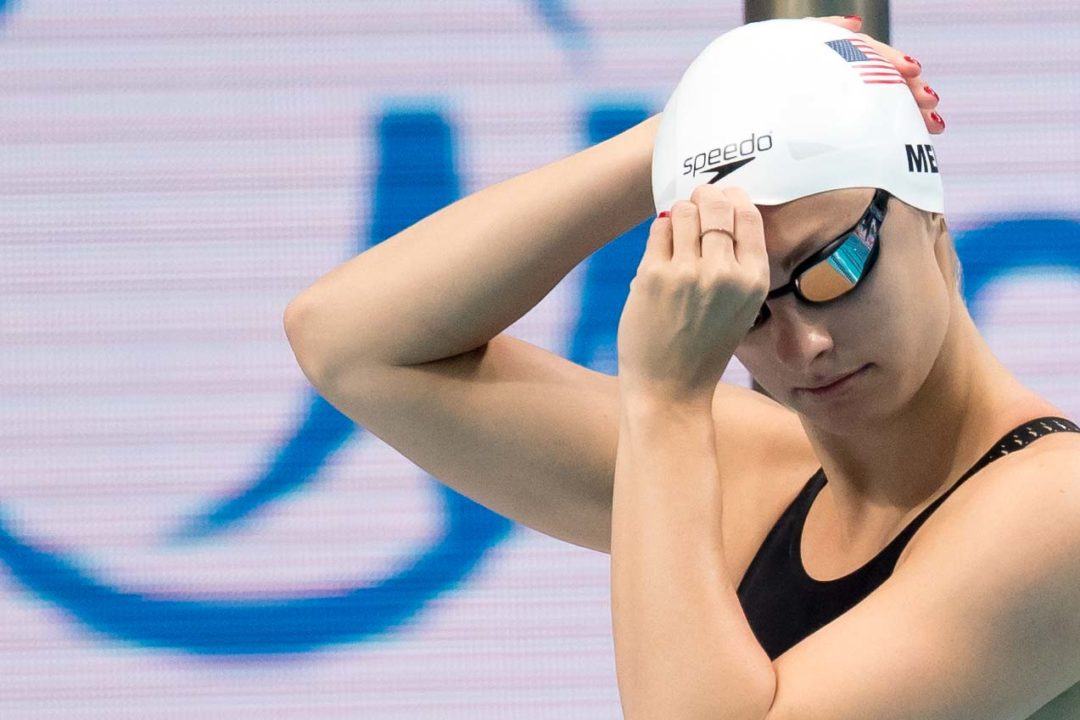 The second stop of the 2018 Mare Nostrum Tour kicks off on Wednesday, June 13 and will feature some heavy hitters who did not compete on the first stop in Canet-en-Roussillon. Most notably, American superstars Kathleen Baker, Katie Meili, and Ryan Held will join the Team USA contingent of National Junior Teamers plus Missy Franklin,  Molly Hannis, and Gunnar Bentz.

On the international side of things, Great Britain’s James Guy, Russia’s Kirill Prigoda, and Italy’s Luca Dotto will all be joining the party. Also of note, Adam Peaty – who competed in Canet – is not scheduled to compete in Barcelona.

As difficult as this was to do, we focus on the top 5 races to watch for in Barcelona – including a few rematches that are sure to draw attention.

When it comes to women’s breaststroke, the talk of rivalry is always squared firmly around the USA’s Lilly King and Russia’s Yulia Efimova. As a matter of fact, even as recent as last weekend, King (swimming in Santa Clara) and Efimova (swimming in Canet) had a “virtual battle” by trading off world-leading times. But what about Katie Meili? In 2016, Meili snagged the bronze medal in the 100 breaststroke at the Rio Olympics with a 1:05.69 – just behind Efimova (1:05.50) and King (1:04.93). In 2017, Meili (1:05.03) overthrew Efimova (1:05.05) for the world’s second-best by claiming the silver medal in the 100 breaststroke at the FINA World Championships in Budapest, Hungary. King won the gold medal in that race with a new World Record of 1:04.13. Moral of the story? There is a third piece to this puzzle and Meili will be a major threat to Efimova in all 3 distances (50-100-200) this week in Barcelona. Efimova won the 100 last weekend in Canet with a 1:05.78 – a world-leading time until King eclipsed it several hours later with a 1:05.61.

Just like the 100 freestyle, the men’s 200 breaststroke has a significant amount of depth with 8 men seeded at 2:08.70 or faster. For reference, it took a 2:08.80 to make the final at last summer’s World Championships in Budapest. Of note, this field has the current World Record holder (Japan’s Ippei Watanabe) and the top 4 finishers from the 2017 World Champs (Russia’s Anton Chupkov, Japan’s Yasuhiro Koseki, Watanabe, and Great Britain’s Ross Murdoch). Watanabe, who has been recovering from an injury, has been on record saying his goal is to overtake his own WR at the 2018 Pan Pacific Championships in August. The defending World Champion Chupkov outlasted Watanabe 2:08.81 to 2:09.31 for the win last weekend in Canet.

Heading into the first stop of the Mare Nostrum Tour in Canet, there was a buzz surrounding current 200 backstroke World Record holder and 2012 Olympic Champion Missy Franklin. The 23 year-old was returning to competition for the first time since the 2016 Olympics. Fittingly, Franklin’s first race back in the pool was the 200 back where she finished 5th out of prelims with a 2:13.61. There wasn’t anything particularly exceptional about that performance, but it certainly helped shake off the cobwebs. Moving to the Barcelona stop of the tour, Franklin might not be the favorite, but that doesn’t mean this race isn’t classified as “must watch.” With the likes of 2017 Worlds silver medalist Katinka Hosszu, Canadian phenom Taylor Ruck – winner of this race on the Canet stop (2:08.80), and 2017 Worlds bronze medalist Kathleen Baker thrown into the mix, this race is more than just Missy Franklin. With the class of this field, don’t be surprised to see someone push into the 2:07 range.

Men’s 100 Butterfly – Someone Not Named Dressel or Schooling

Since the 2016 Olympic Games, any talk of the men’s 100 butterfly inevitably included 2016 Olympic Champion Joseph Schooling of Singapore and/or 2017 World Champion Caeleb Dressel. Regardless of the narrative, those two names have become synonymous in a post-Phelps era. But are there any challengers? Answer: yes. After the summer of 2016, Great Britain’s James Guy – 2015 World Champion in the 200 freestyle – made a serious push in training for the butterfly events. So much so in fact, the 22 year-old surprised most by tying Schooling for bronze in the 100 fly at the 2017 World Championships with a swift 50.83. Hungary’s Kristof Milak took the silver in 50.62 and Dressel scorched a 49.86 to scare Michael Phelps‘ 2009 WR of 49.82 and become the 3rd man under the 50-second barrier along with Phelps and Milorad Cavic. The way things are looking today, Dressel’s spot on the throne in this event is fairly solid. But can someone like Guy become a consistent contender in this event? We will know more after he competes in Barcelona.

I am more interested in the Women’s 100 and 200 FREE…will we see a couple of ladies dip into the 52 and 1.54 range. In Canet, the 100 FREE was considerably faster than the Santa Clara meet…Ledecky stole the show in the 200 FREE but it will be interesting to see if a couple of ladies find a similar range early in the season. In the 200 BACK, Ruck looked easy at 2.06 low at the TYR Atlanta…could she come near that again?

I agree with the Men’s 100 FREE due to the stacked field and the Women’s 100 BREAST King/Efimova back and forth is kind of cool.

I hope Missy can throw down a few faster times. Hopefully, the last meet built up her confidence!! 🙂

Barcelona is the place of her last triumph. 5 years ago already. Time flies. Should I were her I would skip this stop of Mare Nostrum series, keeping memories of the place of her six world titles undisturbed by her current troubles.

“current troubles” how many times does the girl have to say she is in a much better mindset? Why cant we just be happy that she has not hung up her goggles and is still pushing to remain relevant? Stop holding her past against her.

Her past is magnificent and it deserves to be mentioned and not forgotten. DFGDFG is thinking that she is on the rise, I am inclined to think that her results are not promising. That is the only difference. I can be wrong – she/he can be right. Or vice versa. Let’s see what Franklin shows today.

Barcelona 2013 was a spectacular championships. Ledecky’s first under 4min swim in 400 and her neck-to-neck race against Friis, women 4×100 free where Americans have beaten Sisters, and of course Franklin featuring in 4×200 and her battle against Pellegrini at 200 FR. That is worth to be watched again and again. Great memories.

Didn’t you publicly through the towel in on a different well known American Lady last summer? 🤔

If your are talking about my concern of Ledecky not showing any benefits of being tapered in three consecutive important meets then I still have it and am waiting for PamPac hoping to see that it isn’t permanent.
If you are up to something different then I don’t really know what you are talking about.

dude she set a world record two weeks ago..

In a meet that she would presumably not be tapered for… hence the claim that she has missed her tapers for the last couple of years.

It isn’t a news, you know 😀
She said very interesting thing during her last interview. That she doesn’t need the tapering but just to regain the confidence. And jokingly added: don’t tell this to Greg. This statement was surprising, because we all know about her huge drop in time at WC and OG compare to in-season times. One never knows about Katie’s plans. My son suggested that she was joking about Greg in order not to lose the leisure of tapering period. 😀

The woman is “relevant” whether she swims another stroke or not. It’s a sport.

For whatever reason, Yozhic has an issue with Franklin, almost obsessed

The Canadian Bacon from Rio?