Texas A&M To Face Off Against Texas In Home Meet 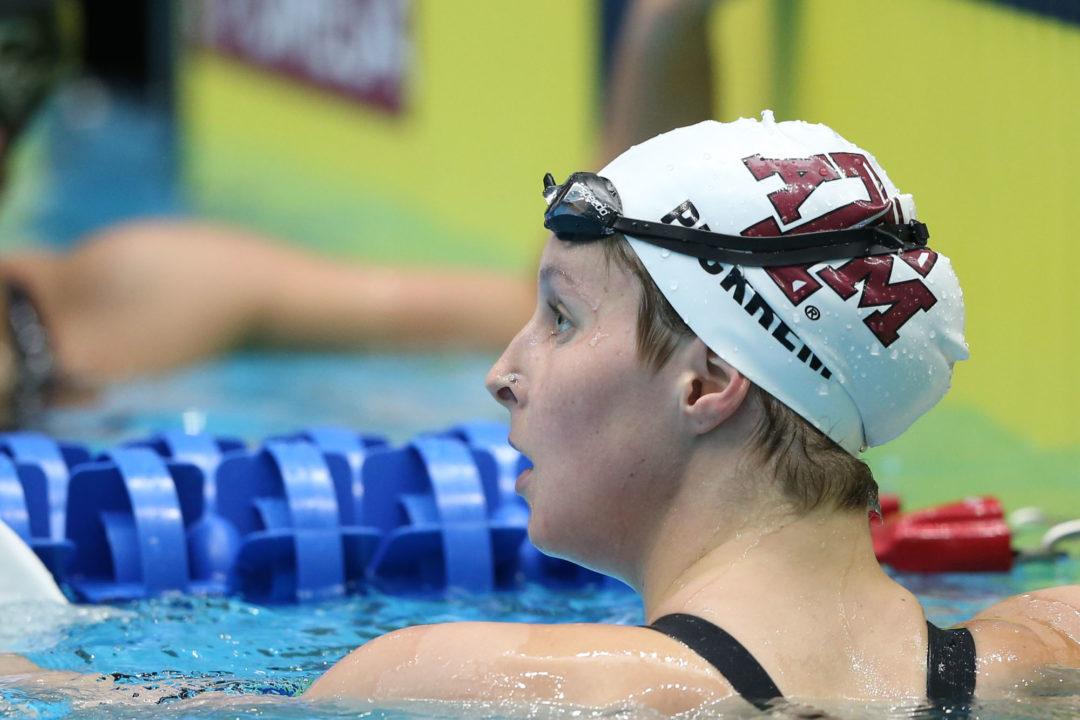 The Texas A&M men’s and women’s swimming and diving teams will host the Texas Longhorns in a 6 p.m. dual meet on Friday at the Student Recreation Natatorium. Current photo via Tim Binning/TheSwimPictures.com

The Texas A&M men’s and women’s swimming and diving teams will host the Texas Longhorns in a 6 p.m. dual meet on Friday at the Student Recreation Natatorium.

Women’s head coach Steve Bultman: “It’s a tremendous rivalry and they have a very good team, so I know we have a huge challenge and I’m excited to see how the two teams stack up. We have a long history with them and I expect every event to be hotly contested.”

Men’s head coach Jay Holmes: “The University of Texas has great tradition in swimming and diving and this will be the first time we’ve swam against them since the current senior class were freshmen. A lot has happened in three years and we will use this meet to gauge our progress as a program. We’ve come a long way, but we still have lots to do and meets like this one are part of the progress.”

Friday’s meet will be broadcast on SEC Network +, which is available on SECNetwork.com and on iOS, Android, Apple TV and Roku devices through participating providers via WatchESPN. Visit getsecnetwork.com for more information.