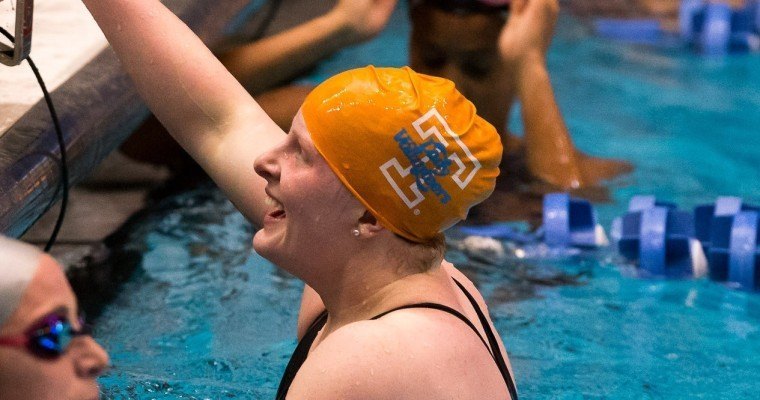 Tennessee's Faith Johnson will be among the primary stars of the 2014 Nike Cup, hosted by North Carolina. Archive photo via Tim Binning/TheSwimPictures.com

The University of North Carolina media relations staff has confirmed the planned lineup for their hosted 2014 Nike Cup, one of the “majors” on the mid-season collegiate invite circuit.

The 2014 participants, along with their ranks at the 2014 NCAA Championships, will be:

A quick run-through of those teams already sets up a few potentially fantastic battles. On the women’s side, a highlight could be UNC sophomore Hannah Lincoln versus Tennessee sophomore Faith Johnson versus NC State junior Riki Bonnema in the 50 free. All three of those swimmers were 22.1 or better last year, and could be there mid-season as well.

For the Duke Blue Devils, this will be a first big national unveiling of their new-look squad, with a fresh set of scholarships and the #12-ranked recruiting class. Though they graduated NCAA qualifying breaststroker Christine Wixted from last year’s team, with the addition of freshmen Hanna House and Leah Goldman to an already-growing nucleus, they will be within reach of All-American relay status at NCAA’s. This meet should put them up against very good, but not overwhelming, competition as a good test.

Similarly, the Tennessee men’s incoming freshmen breaststrokers, Peter John Stevens and Ben Hendrickson will get a good test, but not from the programs one might immediately expect.

Rather, their biggest test will come from East Carolina senior Rokas Cepulis. He was 35th in the 100 breaststroke and 31st in the 200 breaststroke at NCAA’s last year, which should make him a good challenge for the incoming Tennessee swimmers.

This meet will run from November 20th-22nd in Chapel Hill at the Kour Natatorium. To read about UNC’s full schedule, click here.