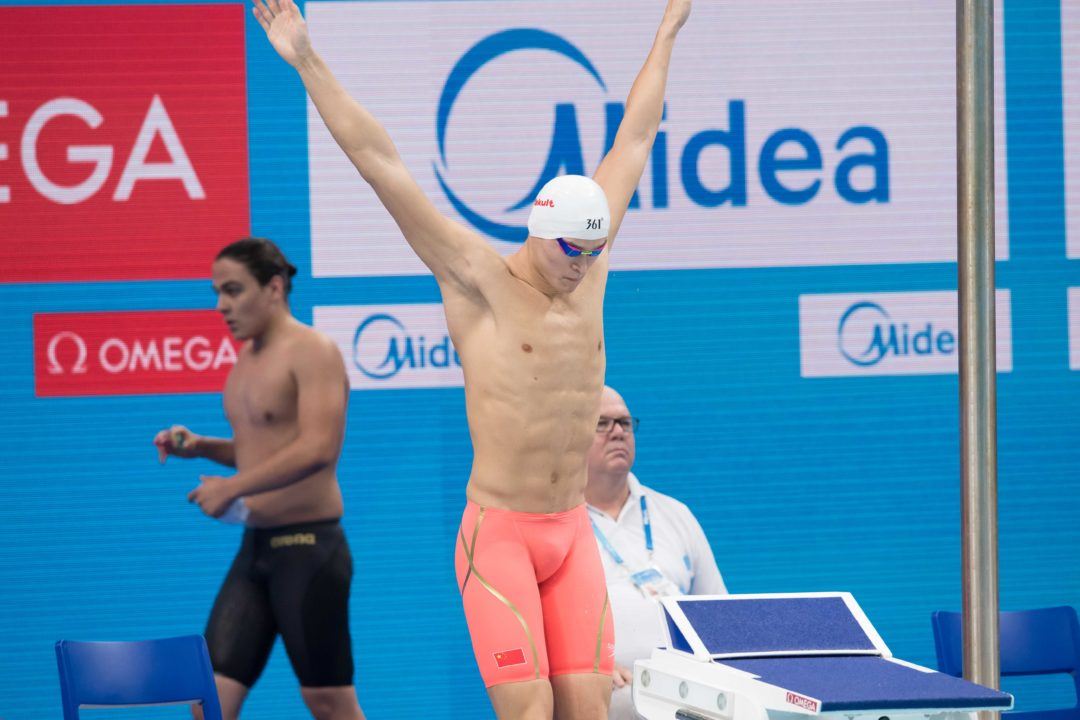 While swimming in tonight’s men’s 4x200m freestyle relay final in Hangzhou, China represented one of three nations who dipped under the previous World Record mark of 6:49.04. China scored bronze behind winners and newly-minted WR holders Brazil, who crushed a winning effort of 6:46.81, with Russia settling for silver just .03 behind them in 6:46.84. As consolation along with their bronze, however, Team China notched a new National Record of 6:47.53, as well as a new Asian Continental Record en route to the podium.

Olympic champion Sun Yang, who made a somewhat surprise cameo in the pool after appearing/then not appearing on entries individually, raced the 3rd leg among a squad including lead-off Ji Xinjie, 2nd leg Xu Jiayu and anchor Wang Shun.