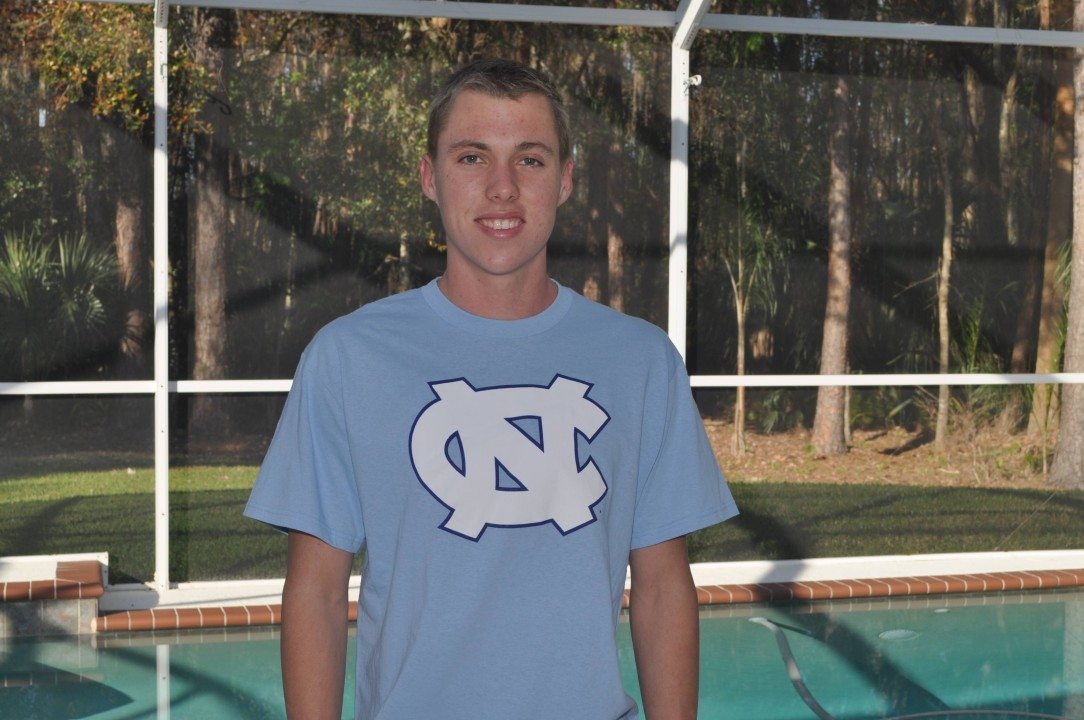 Austin Sellers of Academy Aquatic Club in Tampa, Florida, waited until spring to make his college decision; he'll be a Tarheel in the fall.

Austin Sellers of Jesuit High School and Academy Aquatic Club in Tampa, Florida has verbally committed to attend and swim for the University of North Carolina at Chapel Hill in the fall of 2015. A breaststroke / IM specialist, Sellers boasts times of 54.90 and 2:00.07 in the 100 and 200 yard breaststroke and 1:52.23 in the 200 yard IM.

With the benefit of hindsight, Sellers’ waiting until spring to commit looks like a winning strategy; he has achieved all his best times since the early signing period.

In November 2014 Sellers was the 2014 Florida High School Class 2A state champion in the 100 yard breaststroke. He went his best time by 1.2 in prelims (54.90) and just fell short of the Florida state record by .18. He also dropped over 2 seconds from his previous PB and was runner-up in the 200 IM. In addition, Sellers swam breast on Jesuit’s 200 medley relay and anchored their 400 free relay, both of which placed second.

At the 2014 Speedo Winter Junior Championships, Sellers finished 11th in the 200 yard and 13th in the 100 yard breaststroke events.

Sellers has shown strong progressions over the past several years, posting the following times in his best events:

His times in the 100 yard and 200 yard breaststroke would have scored in the C finals at the 2014 ACC Championships.

Commenting on the decision, Sellers said “the combination of the team, the coaching staff and the academic opportunity made this an outstanding option for me! I can’t wait to be a Tar Heel!”