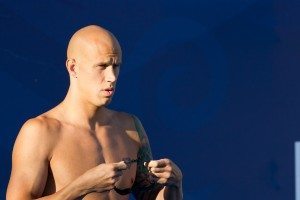 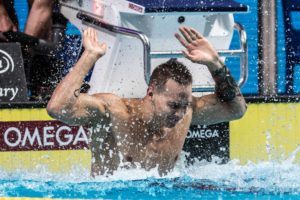 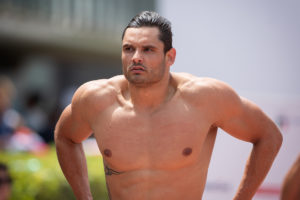 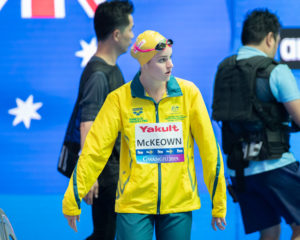 Ranomi Kromowidjojo set a new Championship Record and tied the 4th fastest performance in history in the women’s 50 free final.

Sarah Sjostrom won her third gold of the week in the women’s 50 free, swimming the 2nd fastest time in history.

Sarah Sjostrom has been under 24 seconds in the 50 free a whopping six times in the last few months, three times as much as anyone has ever been.

Florent Manaudou will get a chance to race in the 100 free today after setting a world record yesterday in the 50.

It was a week ago that the Swimming Australia brass, John Betrand AM and CEO Mark Anderson announced that they…

The US Swim Team put an exclamation point on arguably the greatest Olympics ever.

4 races left in the swimming at the 2012 Olympics. (Photo Courtesy © Jesse Stipek)

Americans Nearly Sweep, But for Big Upset by France’s Other Manaudou

American Katie Ledecky might have upstaged even Phelps and Franklin on Day 7 (Photo Courtesy: ©Tim Binning/TheSwimPictures.com)