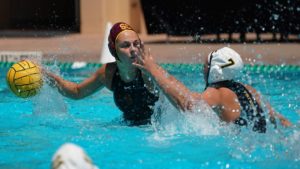 Mount Saint Mary’s has announced the addition of men’s and women’s water polo as varsity sports beginning in the 2020-21 school year. 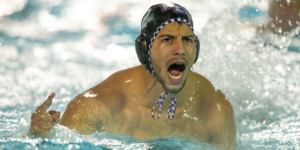 Whittier College’s Dominick Nevarez was honored as the Division III Player of the Year, while his coach David Kasas was tabbed as Coach of the Year. 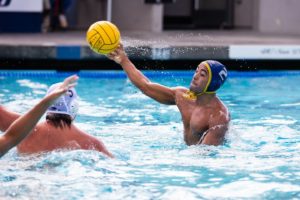 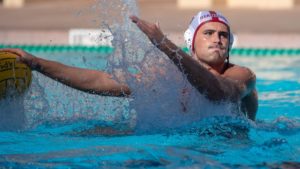 Ben Hallock was tabbed as Player of the Year and John Vargas was named Coach of the Year after leading Stanford to the NCAA men’s water polo title.

Five swimmers and divers were among the 2018-19 Pac-12 Tom Hansen Conference Medal recipients, give to each institution’s outstanding senior male and female.

We ranked Cal’s recruiting class #1 back in the summer of 2015. How did they hold up in actual NCAA scoring compared to a juggernaut class from Stanford?

The Arizona women rolled, while the Arizona State men won a close battle on Saturday, but all 4 squads had noteworthy times to close their regular seasons.

First-year head coach Matt Leach said, “we won seven events, and haven’t won that many events against such a powerful team ever before.”

Swim fans should be ready for another great night of racing after a fast prelims session on the 2nd day of the 2018 Texas Invite.

Hannah Cox won three events as the Arizona women opened their season with a win at Grand Canyon.

The meet will include a loaded field of competitors both from domestic and international sources, like Li Bingjie – a Chinese swimmer who is also a World Junior Record holder.

Practice + Pancakes: University of Arizona Throws Down After Mesa (Video)

Hot off the Pro Swim stop in Mesa, the University of Arizona wildcats were back in the water Monday morning, including new Pro Leah Smith

Stanford’s Katie Ledecky (500 free), Simone Manuel (50 free), and Ella Eastin (200 IM) are chasing their own records today as the Cardinal swimmers hold the NCAA Records in all 3 individual races.

The NCAA Championships will pit the American Record holder, Abbey Weitzeil, against the reigning NCAA champion and NCAA Record holder, Stanford’s Simone Manuel, in the 50 free.

Ella Eastin will contest the 400 IM on day 3 of the Pac-12 Championships after sitting out of the 200 yesterday.