Columbia sprint standout Albert Gwo swept the sprints. He was the only man under 45 in the 100 free, winning that race by well over a second in 44.80. 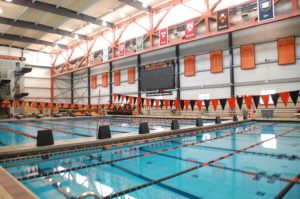 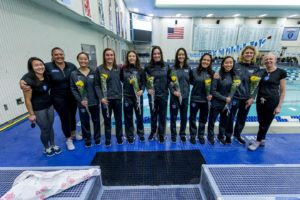 The Columbia men’s team sent its seniors out the right way, defeating the visiting Dartmouth Big Green, 196-102, and the women did likewise with 215-84 win.

CIF-SS D2’s Jacob Mullin: “This meet was a big surprise for me” (video)

South Pasadena High School senior Jacob Mullin won the 100 fly and the 100 back on Saturday at CIF-Southern Section Division 2 Championships in Riverside, California.

CIF-SS D2’s Eva Merrell: “I just wanted to see how close I could get to my best in-season times”

SwimSwam caught up with Crean Lutheran junior Eva Merrell, who was part of four CIF-Southern Section D2 records in her first outing as a Saint.

Damien boys came out on top of the standings at the 2016 CIF-Southern Section Division II Championships in Riverside, California.

Glendale junior Trenton Julian led the morning’s qualifiers in the 200 free and 100 fly.