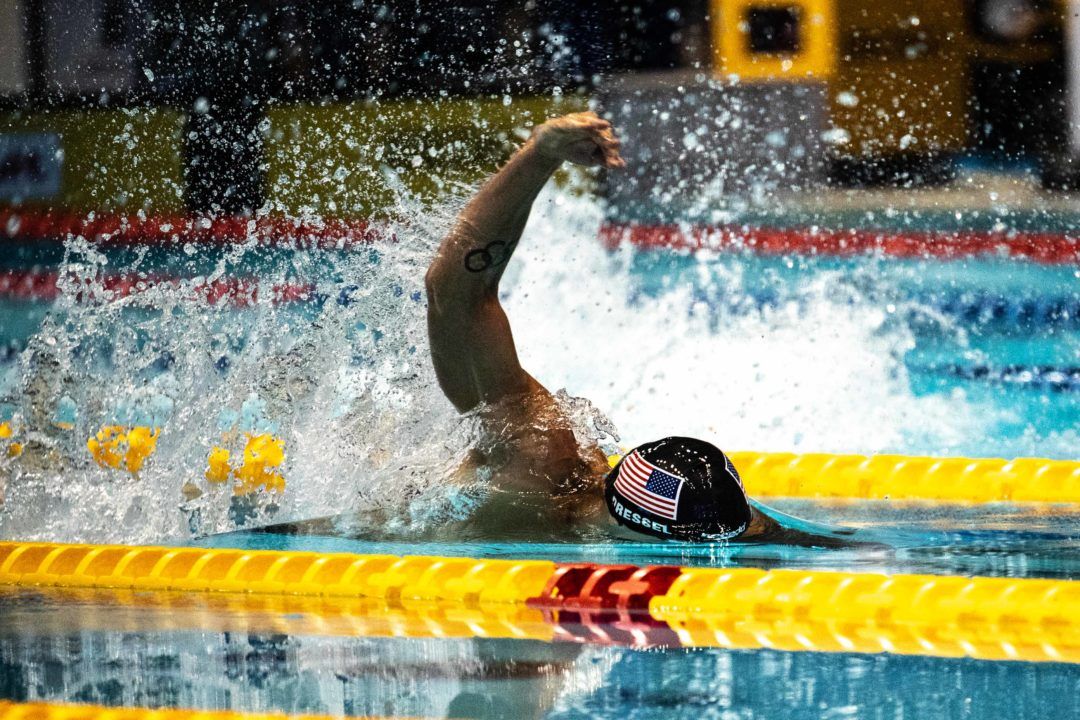 Our most recent poll asked SwimSwam readers to predict the men’s 100 free winner at this summer’s World Championships:

Question: Who will win the 2019 World Championships Men’s 100 Free:

Despite a big swim from Australia’s Kyle Chalmers last week, nearly 70% of voters are still picking Caeleb Dressel to win this summer’s World Championships gold medal in the 100 free.

Chalmers crushed a 47.48 at Australia’s national championships last week, rocketing to #1 in the world (though that title was only briefly held). Chalmers won the 2016 Olympics in 47.58 before missing 2017 with heart surgery. He returned last summer to beat Dressel at Pan Pacs, 48.00 to 48.22.

Dressel, meanwhile, took 6th in that 2016 Olympic field (48.02), but exploded over the next year to win World Champs gold in Chalmers’ absence, smashing a 47.17 time. Dressel struggled last summer, later revealing that he’d been in a motorcycle accident during taper.

This summer sets up what should be a rematch of the two at full health, barring any setbacks for either. Chalmers’ 47.4 brought about a wave of swimming’s favorite discussion (“he was rested!” “No he wasn’t.” “Yes he was, duh.” “No he wasn’t, he said he wasn’t, duh.” “He said he wasn’t but he still was.” “He had a beard.” “He had stubble and no other body hair.” “Without a beard he’ll go at least three seconds faster, duh.” “He was rested and can’t possibly rest twice in the same year. He’ll go slower. Duh.” “He did ten grand and weights the morning of the swim.” “No he didn’t.” “Yes he did. Duh.”), but it didn’t seem to have that much impact on this poll, which came shortly after Chalmers’ big swim.

Dressel, meanwhile, has been 48.7 this season, but didn’t swim the event at his most recent meet, the Richmond Pro Swim Series. (He had a bunch of other season-best swims, though, like 21.6 in the 50 free, 1:47.3 in the 200 free, begging the question of what he would’ve done in the intermediate distance). 69.8% of voters favored Dressel, while only 21.4% picked Chalmers to win the event three months out.

8.8% picked someone other than the two favorites. That might owe to the flood of 47s following Chalmers’ swim. Since that April 8 swim, we’ve seen Russia’s Vladislav Grinev go 47.43 on April 9, Brazil’s Marcelo Chierighini go 47.68 on April 18 and Great Britain’s Duncan Scott go 47.87 on the same day. We posted our poll shortly after Chalmers swim or we may have included more of the 47-second swimmers as specific options.

Below, vote in our new A3 Performance Poll, which asks voters which American International Swimming League team has the coolest name:

Shoulda been an Atlanta team smh