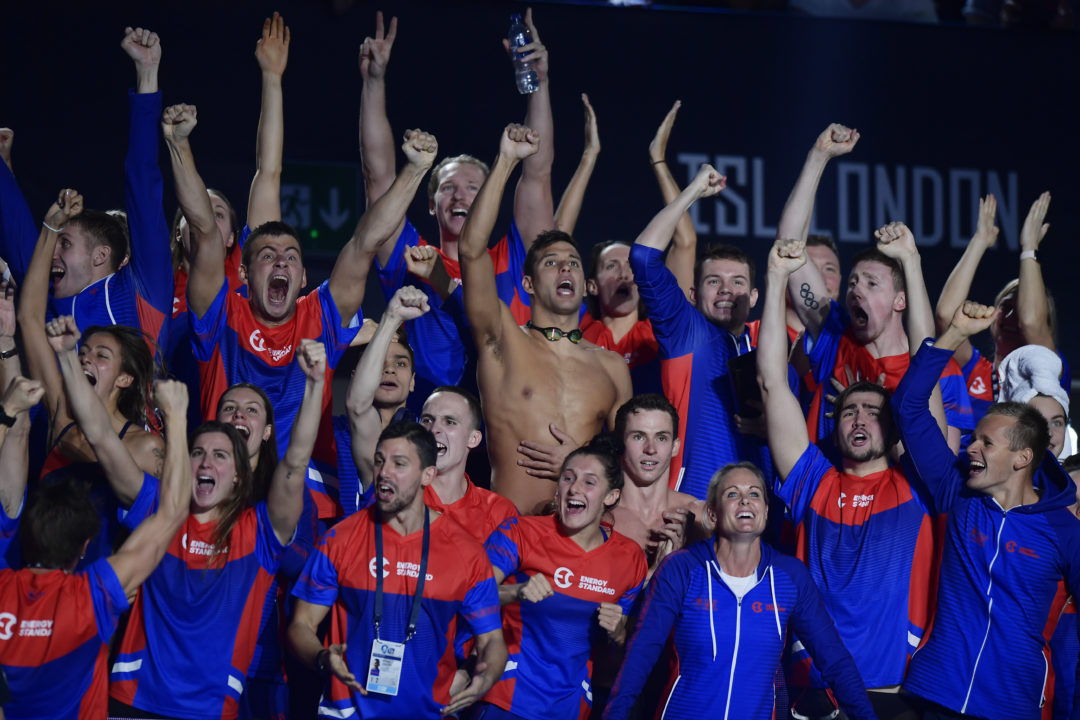 Energy Standard is the odds-on favorite to win the inaugural International Swimming League title, according to SwimSwam voters. Archive photo via Fabio Ferrari/LaPresse

Nearly two-thirds of voters picked Sarah Sjostrom to win a battle of the three fastest swimmers in history in the short course meter 50 free.

A narrow majority of voters picked Ryan Lochte to win a hypothetical three-round skins race in the 100 IM with Michael Phelps.

Why College Swimming Is Worth Fighting For: A Parent’s Perspective

“College swimming is the pinnacle of achievement for most kids, ensuring it has a vibrant future means being vocal today.”

Competitive parity was a bigger concern in the poll than a hard-to-follow system for spectators. And 31% of votes said the jackpots were a good addition.

Our most recent poll asked SwimSwam readers to predict the winners of the ISL finale:

Question: Who will win the ISL finale?

Energy Standard is the odds-on favorite to win the inaugural International Swimming League title, according to SwimSwam voters.

The two European teams into the ISL final got far-and-away the majority of votes, together combining for 61% of the overall votes. Energy Standard is undefeated so far, besting the Cali Condors in a pair of Group A matches, then beating London Roar in London for the European derby title. But things are much closer than they appear – London hasn’t swum a meet yet with its full complement of stars. It’s hard to project whether a roster made up mostly of British and Australian swimmers will travel in full to Las Vegas for the league finale, and the Euro Derby results do suggest that Energy Standard has the advantage if London isn’t at full strength. But London might actually be considered the favorites if they indeed load up their best lineup for Vegas.

The battle for the top American team in the poll is interesting, too. The LA Current actually beat the Cali Condors in the American derby, despite some top Current swimmers being absent. So it’s a bit surprising that the Condors still poll higher by almost 16% of the votes. The Condors do have the buzz of Caeleb Dressel, though, the league’s top skins swimmer who should provide a pretty strong points haul even in a loaded championship meet.

Below, vote in our new A3 Performance Poll, which asks voters to pick the strongest women’s swimming conference this season:

The votes for Cali Condors are probably just Dressel fanboy votes. They should be about even with LA Current.