#SwimMomMonday: A Conversation with Stacy Clary 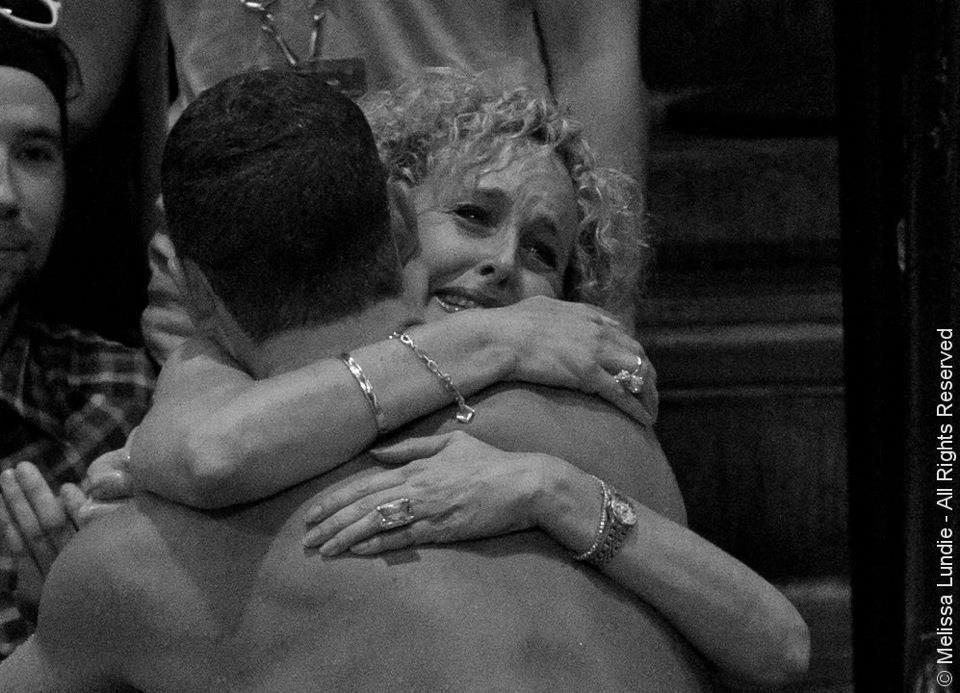 I am not / was not a competitive athlete although I do enjoy sports and being active, have participated in a few sprint triathlons but not at a high level. I have crazy carpool skills though, does that count?

What parent doesn’t think their child is exceptional? Although, I don’t think anyone looks at their child and thinks – YOU are exceptional as we are reminding them to do their homework, clean their room, empty the trash, they are just normal kids.

Tyler – We didn’t know there was a Jr. National team until coach Kevin Perry (FAST) had Tyler look up the qualifying times. I remember thinking – that’s fast. He made his first Jr. National Team and that big bag of clothes showed up at the door with the American flag on it, that was an eye opener.

Lonzo – was drafted by the NAHL Fairbanks Ice Dogs in 2012, he had won the Tier II USA Hockey National Championship at age 16 but having him drafted individually was a moment that stands out for me. They have since gone on to win the 2014 Robertson Cup National Championship. (Editor’s note: Lonzo recently committed to play hockey at RPI next fall.)

Lindsey – Watching her swim in her first OW race at Nationals a few years ago in Castaic Lake, CA. She had never swam open water previously (qualified with her pool time) and actually led the race for a few laps, she ended up making the Nat’l Jr. team for OW and being on the podium for the first time.

3. How have you managed to balance your children’s school / sports / social life / family life?

That has been difficult at times; priority has always been placed on family life first, eating dinner together every night even if that meant just being together when the other ate. Helping them understand that it wouldn’t matter how good they were at their sport if they weren’t able to get into college – there were many late nights, homework done in the car on the way home. We like to have a lot of fun, all 3 of my children are very social so that has never been an issue, other than the teachers and coaches feeling they were at times too social – hahaha!

As in every family, each one is very different from the other so it is a balancing act. Each one accuses me of the other being my favorite – hahaha. I hope I’m not the only mom this happens to…. Tyler is very independent / opinionated and competitive, Lonzo is more of a free spirit/risk taker and Lindsey is more like Tyler. Each one requires a different approach and a lot of love.

It is definitely not morning workout I’ll tell you that! Being a part of the swim team family, cheering and supporting each other. Being at meets watching other athletes you have seen grow up and visiting with them and their families.

I think I’m experiencing that now. I would say having to choose between events due to scheduling. All 3 are out of the house, in different time zones and schedules.

It is sometimes challenging to have the kids compared to each other when they are so different from each other. Different goals, different interests.

It would be easy to say watching Tyler realize he had just won a gold medal, but for me watching him make the team after having missed previously is probably my favorite memory. Afterwards we went back to the hotel, ordered room service and he just looked at me with an incredulous look on his face and said “I’m an Olympian”.

8. Do you get nervous watching him/her swim?

Absolutely, every time, doesn’t get easier. My knees start shaking, I feel a lot of anxiety before races/games. No matter how old they get, how much they accomplish it is still your child up there and I just can’t help but be nervous.

Enjoy every moment, it’s over before you know it and then they are gone.

I am so proud to be Stacy’s mom, Lonnie’s mother-in-law, and to be Tyler, Lonzo, and Lindsey’s grandmother. They are all what every mom hopes their children to be. It hasn’t been easy, alot of work on the family’s part, alot of time involved, sacrifices made, but the end result has been a family that realizes that working together, with discipline, and alot of love, they can achieve their goals. So blessed to have you all !

I’ve had the pleasure of getting to know Lonnie(Lonzo) a little as he played here in Fairbanks for the Ice Dogs. When the season ended here recently, I had to say good bye to some one that I had grown to love. Of course there were several others too but Lonnie has been a great person both on and off the ice. I miss the Dogs already! You did a GREAT JOB Stacy!!!!

I’m Stacy’s aunt and have watched her go through some really tough times in her life, but always came up strong and I think that is where her children get that. They have all been very well disciplined and tough competitors, but also very humble. I love her very much and am very proud of her. When I saw her on t.v. After Tyler had won the Gold, I was as proud of her as I was Tyler. She’s a Winner!!

The Clary kids grandmother was my sister and on visits I remember taking Tyler to practice early in the morning before school and in the evening for more of the same. this was not just one day it was everyday and he was not even a teen yet. That took a lot of determination on his part and support by his parents and others in the family. And now what a blessing to see the other two excel.

Stacy Clary is a “super Mom”, she has always put her kids sport and activities ahead of every thing. When I was around them when they were young kids, Sunday was family night no matter what. Great job Stacy

Awesome, Anne! Thanks for sharing your experiences, Mrs Clary! 🙂