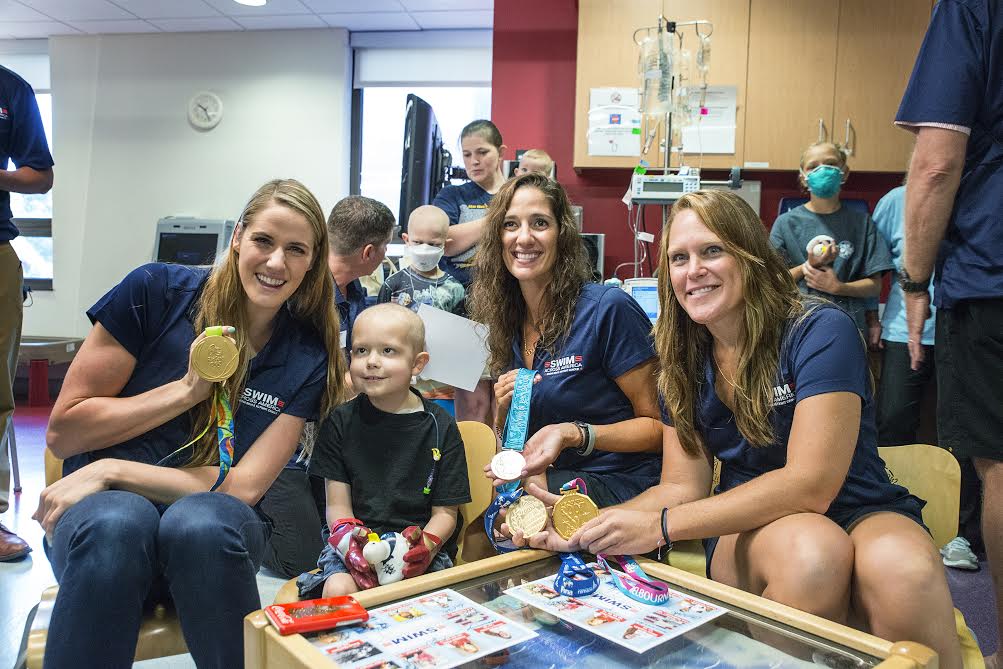 Swim Across America has granted $4,571,922 in 2016 to fund clinical trials and cancer research at 18 institutions. This equals 71% of SAAs total 2016 revenue. An SAA grant is typically a seed grant that allows the beneficiary to conduct clinical trials or early stage research. Since the mid-90s, SAA has granted $65 million to find new treatments and cures to cancer and its beneficiaries have reported securing more than $200 million in new funding they might not otherwise have received.

Courtesy of Swim Across America

SAA hosts open water and pool swims. Participants are asked to meet fundraising minimums with the proceeds donated to fund clinical trials and research. More than 100 Olympians including 2016 Olympians Nathan Adrian and Missy Franklin have donated their time to participate in an SAA swim.

About Swim Across America

SAA funds clinical trials, pilot projects and cancer research that otherwise might not be funded. With data, researchers are able to apply for additional funding from the National Institute of Health, biotech, pharmaceutical and other foundations. SAA beneficiaries have applied an SAA grant into numerous breakthroughs that have translated into more than an estimated $200 million in new funding they might not otherwise have received. More than 100 Olympians have supported and participated in SAA benefit swims.

News courtesy of Swim Across America.