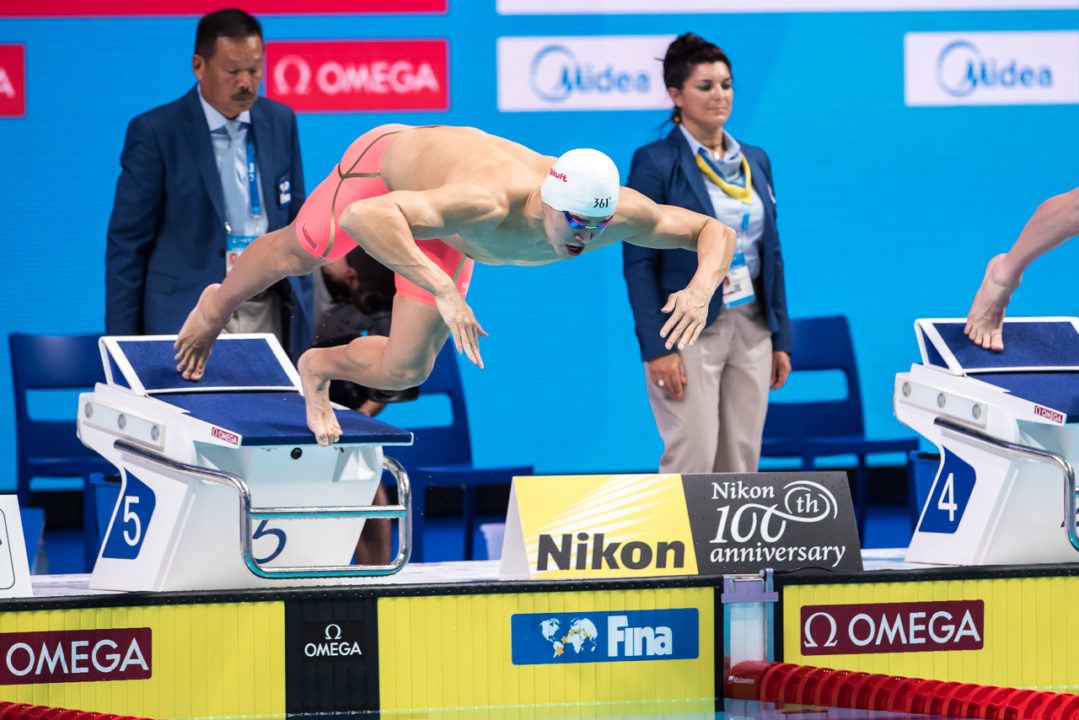 A group of China’s national swimming team, including Olympic champion Sun Yang, is currently training in Kunmig, capital of southwest China’s Yunnan Province. Xu Jiayu and Ye Shiwen are also among the athletes logging meters at altitude, 1500m above sea level, for more than 3 weeks in preparation for this year’s World Championships.

“2019 is vital for the preparation of Tokyo Olympics and we should also seize the opportunity in South Korea, as top swimmers will be there for world championship this year,” Zhu added.

Both Sun and Xu were honorable mentions for our SwimSwam Swammy Award for Male Asian Swimmer of the Year. During 2018 the 23-year-old proved himself as a formidable foe to the backstroking world, establishing a new World Record in the men’s SCM 100 sprint. While competing at the World Cup in Tokyo, Xu threw down a time of 48.88 to register as a new Chinese National Record, Asian Continental Record and World Record.

Bet that’s not all he’s “logging”

Bet you lose your “bet”

“What” are you “talking about?”

I might have agreed in 2012 but his subsequent failed drug test and cover up mean I can’t take it at face value at all. Popov, Thorpe and Perkins are the freestyle GOATs of the modern era.