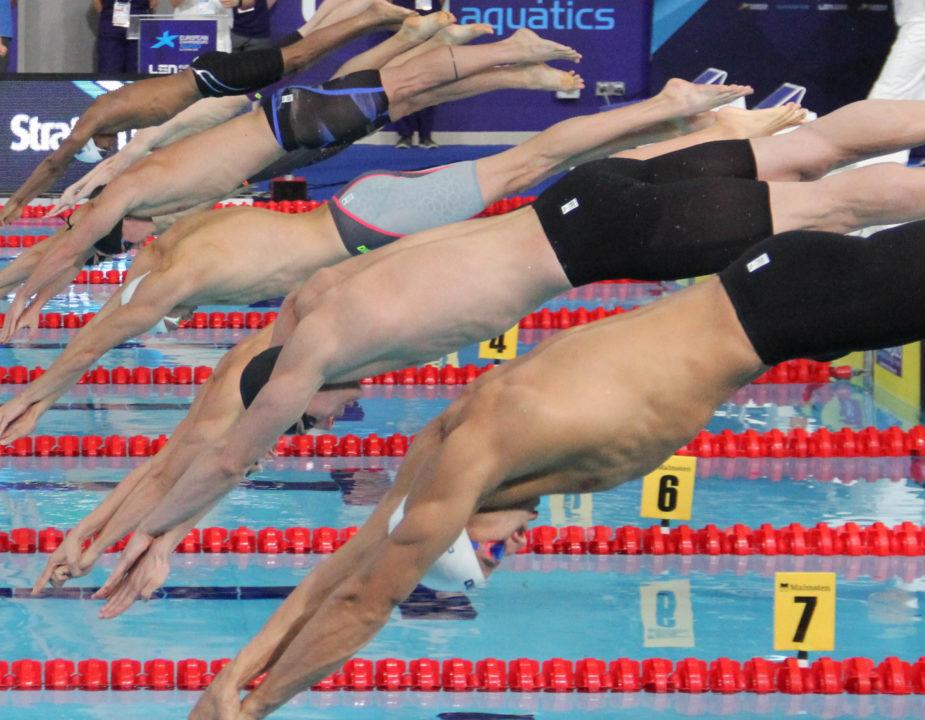 Note: This meet is not recognized by FINA as a qualifying meet for neither the 2019 FINA World Championships, nor the 2020 Tokyo Olympic Games.

As is consistent with the first session, age groupers dominated the women’s events on day two of the Turkish National Team Selection Meet. To start the women’s finals session, 16-year-old Defne Taçyildiz claimed the top spot in the 400 IM with a final time of 4:53.05 – a little over a second drop from her seed time.

In the 100 free, 17-18 Age Group record holder Selen Özbilen took a commanding victory with a time of 55.77, almost three seconds ahead of the runner-up in 14-year-old Meriç Demirtepe, who touched at 58.16.

Sudem Denizli stopped the clock in the 200 backstroke at 2:13.53 to win a national title and set a new national age group record in the 14-year-old category. The former record was also held by Denizli at 2:15.19 from February. Doğa Babacan picked up second in the race, posting a 2:18.03.

The last age groupers to win an event on day two was Duru Tanir, who hit the wall at 28.26 to narrowly win the women’s 50 fly over Mavi Nehir Isman’s 28.39 for second.

Conversely, the men’s events were dominated by senior level athletes across the board. Alpkan Örnek kicked off the men’s meet with a victory in the 400 IM in a time of 4:23.87 – the only athlete in the field to break 4:30.

Berk Özkul claimed the final event win of the session with his 24.45 final time in the 50 fly. Also cracking 25 was Emir Şimşek, who earned the runner-up spot with a 24.92.