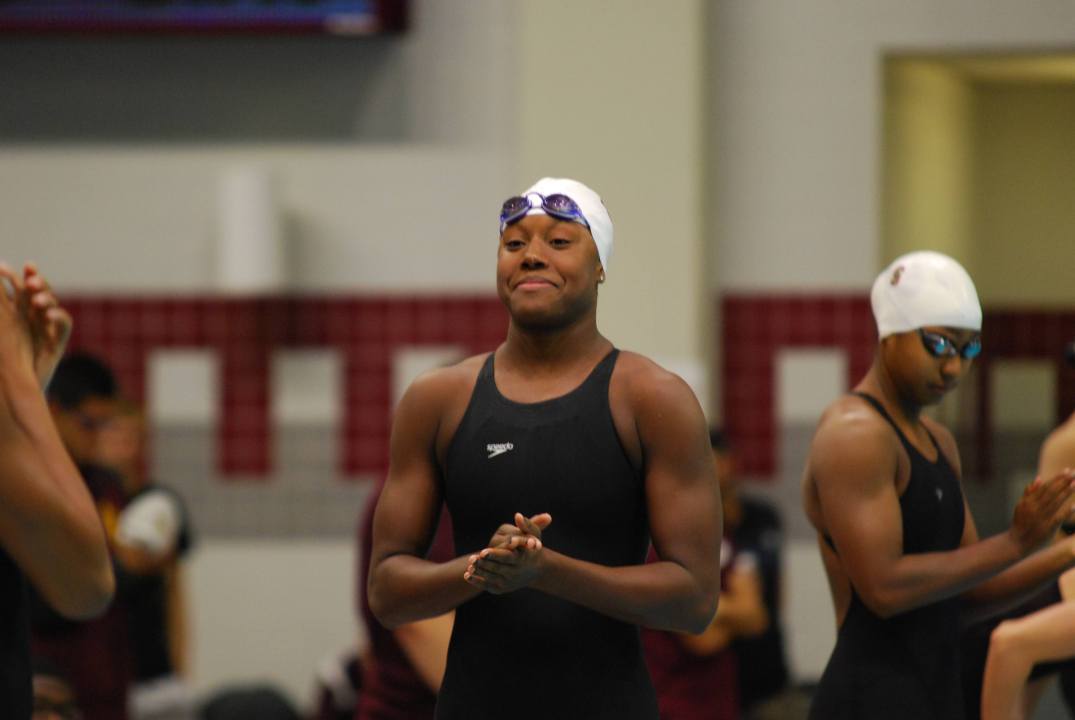 Stanford freshman Simone Manuel has broken the American Record in the women’s 100 yard freestyle in College Station, Texas at the 2014 Art Adamson Invitational.

Manuel swam a 46.62 to break her own American Record of 46.75, though the all-time best (U.S. Open Record) belonging to Auburn’s Arianna Vanderpool-Wallace remains in-tact in 46.61.

With swims that tight, the splits don’t always reveal a ton, because the margins are so narrow. Manuel’s by-25 splits, however, are bit more telling: 10.75/11.75/12.17/11.95. As compared to Vanderpool-Wallace, who was going out in under 22, Manuel is much more of a back-half swimmer (though going out in 22.5 is still an incredible achievement). The eye-test revealed that too, as Manuel’s lead grew as the race went on.

Congrats champion for the American record.
Amazing talent.
Almost the all-time best performance.
It will happen soon.
I predict she will swim a 45 one day.

I agree, and I she is careful and stays healthy over the long run, I can see her under 21 for the 50 some day!

Such a great day today!

We are not only dominating in the pool but on the football field too!! 🙂