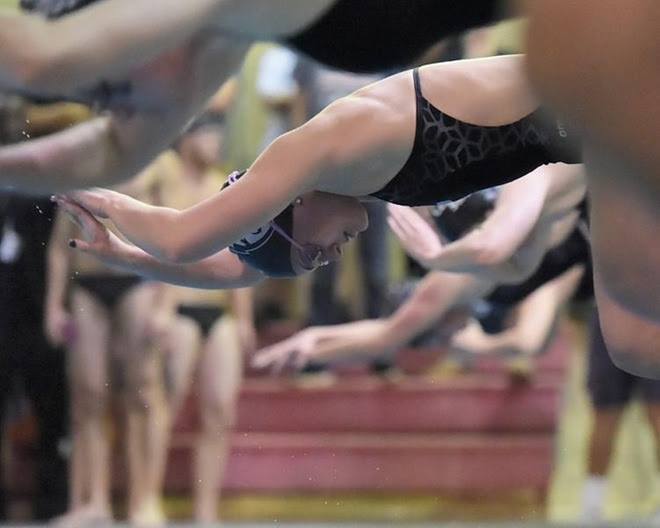 The St. Bonaventure University men’s and women’s swimming and diving programs have hired Logan Arnold to be the first full-time... Current photo via St. Bonaventure Athletics

Arnold joins the Bonnies having most recently served as a volunteer assistant at North Carolina State University. Prior to his stint at NC State, the Moorhead, Minn. native spent the 2015-16 season as an assistant at the University of St. Thomas where he helped coach both the men’s and women’s teams to conference championships, 28 NCAA B-cut time standards, earned 49 All-MIAC honors and saw 19 school records broken during his time with the program.

Logan Arnold
Moorhead, Minn.
“We are thrilled to welcome Logan into this groundbreaking position,” said Sean McNamee, head coach of the St. Bonaventure men’s program. “He has already been hard at work to better our programs, and we are thrilled to see where this can take us. His experience touches all the variables we desire. He has a small school background with his education and initial experiences. That partnered with his most recent position at NC State — which is, arguably, the hottest Division I swimming program in the country — makes for a natural fit.”St. Bonaventure women’s swimming and diving head coach Brian Thomas agrees Arnold’s background is a perfect fit for the two programs.

“NC State has seen a quick rise toward the top of the NCAA, with their men placing third in the country this past year,” Thomas said. “In addition to their success in the pool, they’ve created a vibrant culture within their team, and we think this falls in line with what we’re building here at Bonaventure. I think this hire represents our department’s commitment to surrounding our student-athletes with the best in the business. Logan’s experience at the highest levels of swimming certainly set him apart from the beginning and we were thrilled when he accepted – it’s certainly a big step forward for us.”

In college, Arnold swam at St. John’s University, where he achieved five All-MIAC performances, one MIAC Championship title, four NCAA national qualification standards and holds two university records. He later transferred to Concordia College to finish his education, receiving degrees in both Exercise Science and History. It was at Concordia where he earned his first collegiate coaching position as he served as the college’s women’s assistant coach. He also founded Concordia’s Club swim program for both men and women.

Arnold’s coaching experience also includes time on the coaching staff for the Stanford University Swim Camp and spending the spring of 2015 with the West Fargo Flyers Swim Club.

“I am thrilled to be joining coaches Sean and Brian and rest of the swimming and diving program at St. Bonaventure,” Arnold said. “From the moment I walked on campus, the community, atmosphere, drive and devotion of the athletes and coaches and the long-standing tradition of both programs made this position an amazing opportunity. I am very excited to start working with both programs as we continue to strive for excellence in and out of the pool.”