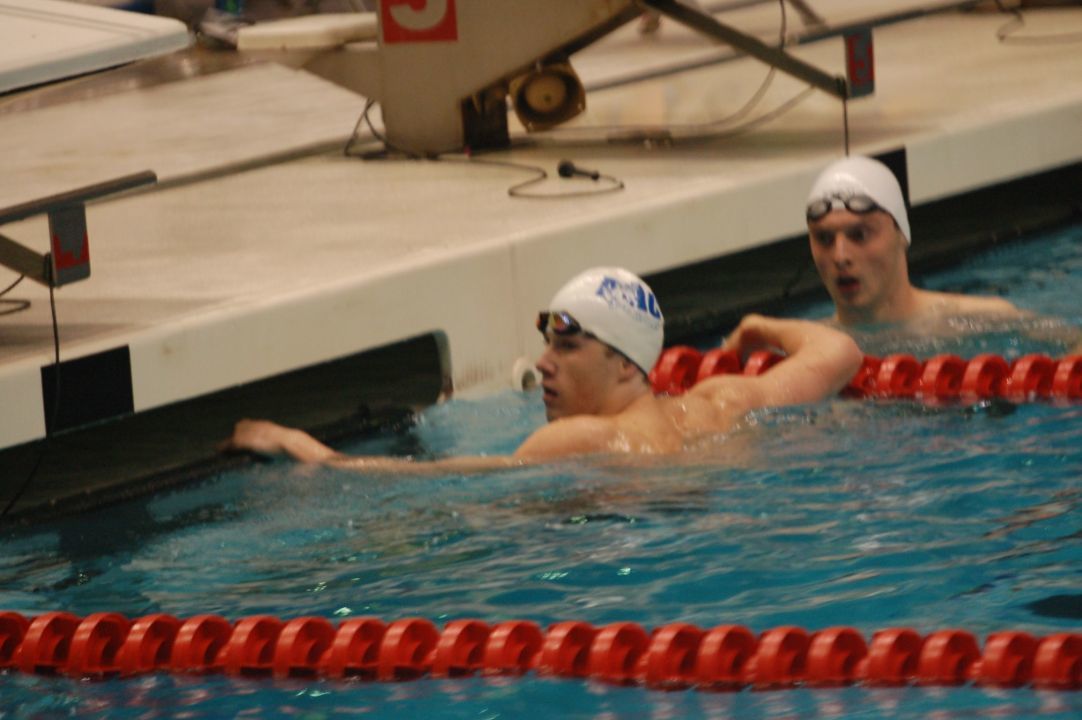 The Notre Dame Fighting Irish are on a roll at about the midpoint of the fall recruiting season, picking up their second verbal already on just the men’s side. Ben Gorski from the Arlington Aquatic Club and Bishop Ireton High School in the Arlington, Virginia area.

He is a much-needed addition for the Notre Dame men, as beginning in the fall of 2015, they will be rebuilding their breaststroke group. After last season, they graduated Colin Babcock – the breaststroker on the team’s NCAA-qualifying medley relay; and after this season, they lose Zach Stephens, Cameron Miller, and Patrick Olson.

Depending on what else Notre Dame does in this recruiting class, that could leave the torch to Gorski immediately upon being a freshman. That would be a shift from the last few years, when their breaststroke group has been the deepest part of this team.

In the long-term, Gorski may be able to provide support to the free relays too (not something unfamiliar to Notre Dame – they’ve had several breaststrokers do so). In yards, he has respectable bests of 21.34 and 47.56 on flat-starts. His relay splits from NCSA Junior Nationals in the spring show even more potential in the sprints – on rolling starts, he was 20.38/46.27.