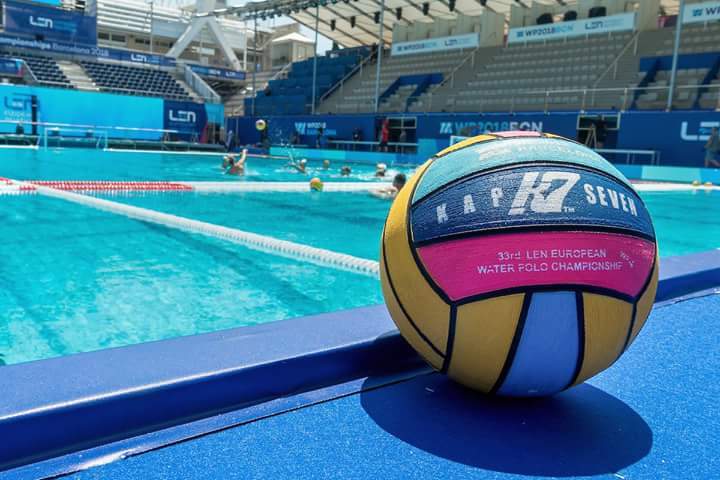 Host Spain opened its campaign with a convincing 13-9 win against title-holder Hungary in the women’s tournament. Russia nearly equaled the Netherlands’ single-game scoring record of 37 goals from 1985 while netting 35 against Turkey. Current photo via LEN Media

Host Spain opened its campaign with a convincing 13-9 win against title-holder Hungary in the women’s tournament. Russia nearly equaled the Netherlands’ single-game scoring record of 37 goals from 1985 while netting 35 against Turkey.

The opening day already offered a late night show when the champions of the last two editions, 2014 winner Spain and 2016 winner Hungary clashed.

The game was decided by the 6 on 5 conversions, Spain made 6 out of 7 in the first three periods while the Hungarians were 0 for 6. That gave the host an 8-5 lead before the final eight minutes as the Magyars ran out from the action goals in the last 4:42 minutes in the third. The trends didn’t change significantly so some 2,000 spectators could celebrate a fine win for the host side. Maica Garcia did a great job in front of the goal, scored 4, earned two penalties and numerous man-ups and Beatriz Ortiz also enjoyed an outstanding evening with 6 goals.

In the other close call of the opening day Germany came from behind to beat Serbia 9-8. Just like two years ago on the opening day, when they won a thrilling battle 14-13, this contest was also a nailbiter. The Serbs held a 7-4 lead in the third but could score only once in the remaining 12:11 minutes. Germany netted four connecting goals and even if the Serbs could go even at 8-8, but their rivals netted the winner 3:26 from time.

The remaining matches were one-sided contests as expected. Greece overcame some minor headaches against France while the Netherlands slammed Croatia, just like Italy did with Israel upon the latter one’s debut. Russia became the second team to go over 30 goals in the history of the Europeans while beating Turkey 35-4 (Ekaterina Prokofyeva led the charge with 7 goals from as many shots). In fact, they almost equaled the scoring record of the Netherlands which had been set in the first edition in 1985 when the Dutch routed Sweden 37-1.