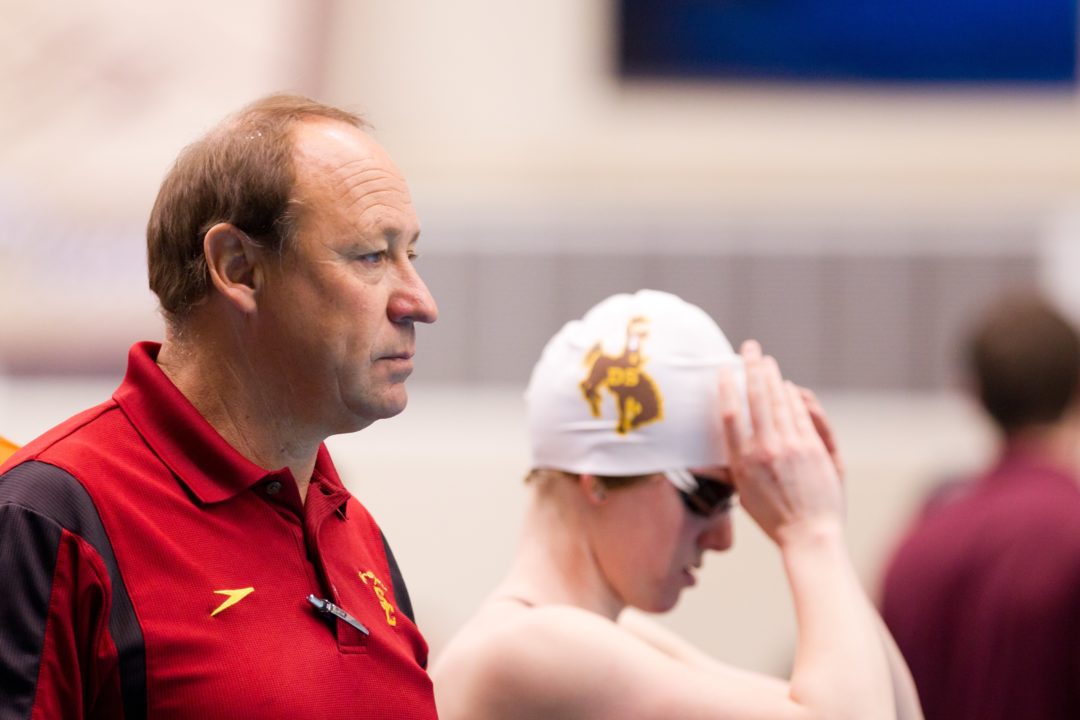 Dave Salo will have another North Coast Aquatics swimmer on deck next season with Scott Clausen giving his verbal commitment to the Trojans. (Tim Binning/TheSwimPictures.com)

Scott Clausen, a swimmer under Jeff Pease at North Coast Aquatics, will make his way north from San Diego to the Los Angeles area to attend University of Southern California next fall. He will join his former NCA teammates Kendyl Stewart, Andrea Basaraba, and Kelsey Kafka at USC.

Clausen is primarily a freestyle specialist. He will be in Salo’s “long sprint” group no doubt, because the longer the race gets the faster Clausen goes. He competed this past May in the Open Water National Championships, finished 23rd in the 10K.

His performances earned him onto the Junior National Open Water Team for 2013-2014.

Swimming for El Camino High School, last year at the CIF San Diego Championships, he finished 3rd in the 500 freestyle, 1st in the 400 freestyle relay, 1st in the 200 medley relay and 1st in the 100 backstroke.

USC has a good relationship with recruiting from North Coast Aquatics. With the three women on the roster currently, two other former NCA swimmers just graduated and finished their eligibility in 2013 – Jessie Schmitt & Spencer Di Dio.

Vote Up00Vote Down Reply
Hi there...

That is exactly what Coach Salo calls it.

Yes, that is exactly what Salo calls it. I am an alum to USC and one of his former student-athletes.