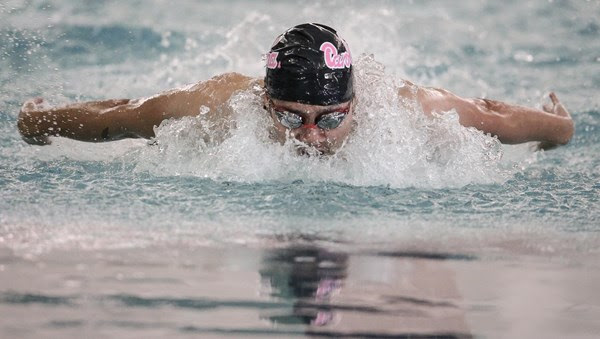 The Gamecocks look to avenge last season’s loss to the Tar Heels, who swept the Gamecocks when they swam at Chapel Hill.

GAMECOCK NOTABLES
– Senior Lionel Khoo leads the Gamecocks with four victories on the season, including sweeping the breaststroke events last week at NC State.
-Senior Christina Lappin has continued her dominance in the 50 freestyle at South Carolina, with two event wins on the year. Lappin is the program record holder in the event.
-Sophomore diver Anton Down-Jenkins swept both the one- and three-meter dives in his first appearance for the Gamecocks in the new campaign. Down-Jenkins was named SEC Diver of the Week for his performance.
-Five of the Gamecock divers have qualified for the NCAA Zone Diving Championships through three meets.

SCOUTING THE TAR HEELS
-UNC comes to Columbia undefeated on the year, knocking off East Carolina and Georgia in back-to-back meets.
-The Tar Heels lead the all-time series against the Gamecocks, 20-10 on the men’s side and 13-4 on the women’s side.
-UNC head coach Mark Gangloff is in his first year as head coach of the Tar Heels.

QUOTEABLE: HEAD SWIMMING COACH MCGEE MOODY
“It’s going be a great matchup. When we go through event by event, UNC’s top-end times are almost identical to ours, so the races out front are going to be really close. It’s going to be a fun meet and a fast meet. We’re excited to race in front of our home crowd.”

QUOTEABLE: HEAD DIVING COACH TODD SHERRITT
“We have to play off what we did last week at NC State, you carry that momentum into this meet. I thought we had a good performance. Anton winning SEC Diver of the Week is great, and Yu Qian coming away with her first win is big. UNC has some good divers, there’s no question about it, but if we’re on we will come away with wins.”

Contrary to the article, UNC was beaten by UGA on both the men’s and womern’s side last weekend.