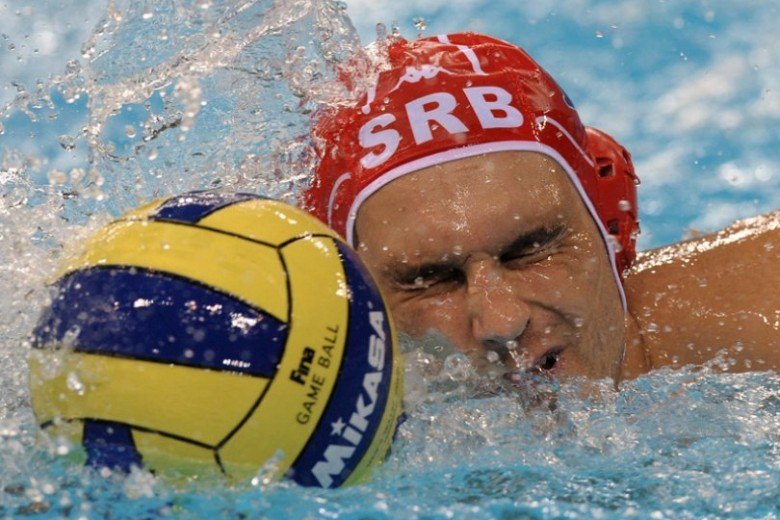 This post was written by Olympic medalist Milorad Cavic, who represented his native Serbia when he challenged Michael Phelps in that .01 second 100 butterfly race in the 2008 Olympic Games. Current photo via Mike Lewis/Ola Vista Photography

Federica Pellegrini was set to follow-up her 2019 world title in the 200m free with potentially another head-turner at the nixed Italian Spring Championships.

With the curious case of Arkady Vyatchanin, who is looking for a new nationality to represent after leaving the Russian federation but so far has had no announced success, this story could become more-and-more interesting in swimming. In instances like Vyatchanin’s, it would finally give athletes some leverage against federations that are often unchecked monopolies over the sport in their country. In other cases, it could present second-tier athletes in major swimming countries like the United States and Australia to have the support and resources handed to top-tier athletes in another country. This post was written by Olympic medalist Milorad Cavic, who was born in the United States but represented his native Serbia when he challenged Michael Phelps in that .01 second race in the Olympics. He holds dual Serbian and American citizenship. Visit his blog here.

It seems like only yesterday when in 2005, the swimming world faced questions of Qatar using “black gold” to tap into the top swimmers of the world. Millions were offered to extraordinary swimmers such as Roland Schoeman from South Africa and Duje Draganja from Croatia, with the hope, or shall I say, expectation that in return, they bring glory to the great nation of Qatar. Today, in 2014, the sports world once again faces the professionalization of a national team, as if it were a sports clubs, but this time in water polo. As you might have already guessed from the hints above, the figure that inspired this piece is a European, World, and Olympic level goalkeeper in water polo from Serbia, Slobodan Soro, who recently changed his nationality to play for Brazil.

So, why is this important and how is this different than game-changing Americans such as Лестер „Бо“ Мекејлеб (Lester “Bo” McCalebb), playing basketball for Macedonia, or Джон Ро́берт Хо́лден (Jon Robert Holden), playing basketball for Russia? What do water polo players such as Soro, Croat Josip Vrlic, American Tony Azevedo, and Spaniard Felipe Perrone, have to gain from changing national teams to play for Brazil? Insider rumors state that as much as $400,000 USD per year will be paid to some players for that move. Based on Brazil’s booming economy, I don’t see how that could be far from the truth, considering that Qatar was offering two to three times as much for some swimmers only 9 years ago. In any case, the argument that I’d like to bring to light is not that these men are simple mercenaries, but the fact that an Olympic medal for Brazil in water polo may in fact, save that sport as a whole.

As a fan of water polo and former player in my younger days, it is with sincere sadness that I acknowledge that water polo is a dying sport. The reality of the sport is that it’s of national significance in only five countries in the world, four of which are from South Eastern Europe. With an interest level and number of registered players so low, the International Olympic Committee (IOC) and FINA have repeatedly been pressed to remove water polo from the Olympic Games and World Championships. This removal would have come into fruition had it not been for the strong water polo lobbyists at the top of both organizations, but now, more than ever, the sport is need of new medal contenders to stay alive. In politics, it’s not about what you can say, it’s about you can show, and I fear that if 2016 doesn’t see a medal winner from the western side of the world, water polo may face extinction.

From great concern regarding the legitimacy and morality of Brazil’s investment in Soro, Vrlic, Azevedo, and Perrone, a new hope is born for the sport of water polo. It’s ironic that we find ourselves instinctively cheering against them out of principle, but at the same time, needing them to do well enough to walk away with a medal. I’m not entirely certain how to feel, but I will say this:

To my old colleague, Soro, and his new national teammates, this is what I expect is going to happen in Rio 2016 –

3)     Will the cheers of thousands of Brazilian water polo fans in the stadium give you strength and inspiration? – No.

4)     In the 4th quarter of an important game, will you give it your all and fight for the pride of the people you’ve got nothing in common with? – No.

In the event that you do win it all, you’ll extend the life of the sport another decade at least, and that’s something I can drink to! Cheers!

The editorial above was provided to SwimSwam courtesy of Olympic swimming star Milorad Cavic.

Great piece. I have a feeling that Tony may now be ‘allowed’ to defect from the US squad and play for Brazil, which, to my knowledge, has yet to officially happen. He has done plenty for us in USA water polo, and I wouldn’t begrudge him that move. Unlike Soro et al. he is, at least, Brazilian. Would be like a Serbian swimmer, born in America(where he would make the Oly squad w/out question) representing Serbia. I don’t think many begrudge that swimmer for his choice, so I’d hope the same could be said of Tony. The others, I have to agree, are mocking the integrity of sport and of the Olympics a la the Dominican cross country ski team.… Read more »

Tony has no assurance from US Coach Udovovic that he’ll even be selected at the age of 34/35. There is a youth movement in the States on the National Team selections. He’s done SO much for the sport nationally, but I would not hold it against him. If he made the move, I know his intentions are to help the sport globally.

Yep. Spot on. Dejan is making some waves, picking the young Greenwich lefty, dropping a bunch of our long-time ODP/junior team players in favor of bigger, higher-ceiling type players. There are no guarantees for Rio, outside of possibly McQuin Baron(great name by the way) being one of the goalies, and Bonnani and Bowen. Probably the younger guys from London will still be in the loop – Mann, Hutten, etc., but who really knows what’s going on after the curious incident of the blowouts at the Volvo Cup. Also, wanted to add, my pops says that Perrone actually is Brazilian, and that he played for Spain while Brazilian polo floundered, unable to field a team at times. It is almost a… Read more »

FELIPE PERRONE is native brazilian, and played here all os his life, just in the last decade, gone to spain. Great article WATER POLO OR DIE