Sjostrom Starts Off With 2 Top Seeds In Stockholm 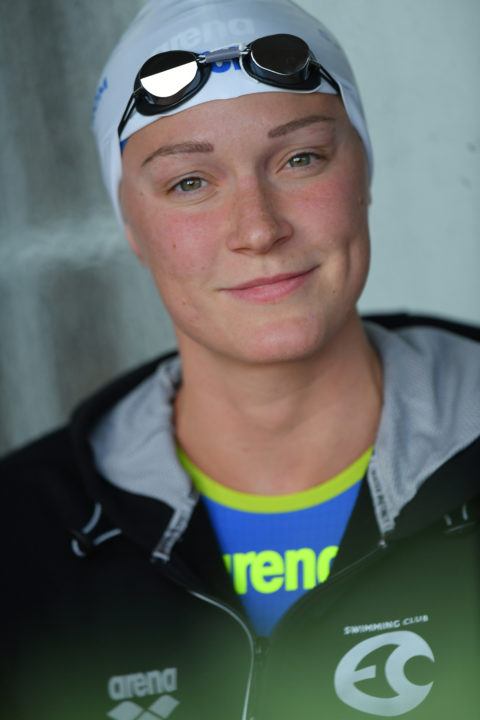 Sweden’s golden girl Sarah Sjostrom claimed two top seeds on the morning of the opening day of the 2019 Swim Open Stockholm. The 25-year-old multiple Olympic medalist first topped the women’s 200m free in a solid 1:57.27 and then backed that up with a 50m fly lane 4 spot in the 50m fly in 25.76.

In the former event, Sjostrom leads the field by over a second, with Hungary’s Iron Lady Katinka Hosszu flanking her tonight in 1:58.43. Sjostrom’s teammate Michelle Coleman is seeded 4th after heats in 1:59.43, while Danish swimmer Signe Bro is chasing her World Championships qualifying cut in the 7th seeded spot for tonight’s final.

Henrik Christansen claimed the 400m free pole position in 3:47.98 ahead of Lithuanian freestyle ace Danas Rapsys and his morning effort of 3:49.23. Both meh represent the only sub-3:50 swimmers in the morning.

The men’s 50m fly saw Niksja Stojkovski come out quickest in 23.98, but 6th place finisher out of th eeats, Robin Hanson tied the Sweden Junior Record in 24.17 this morning.