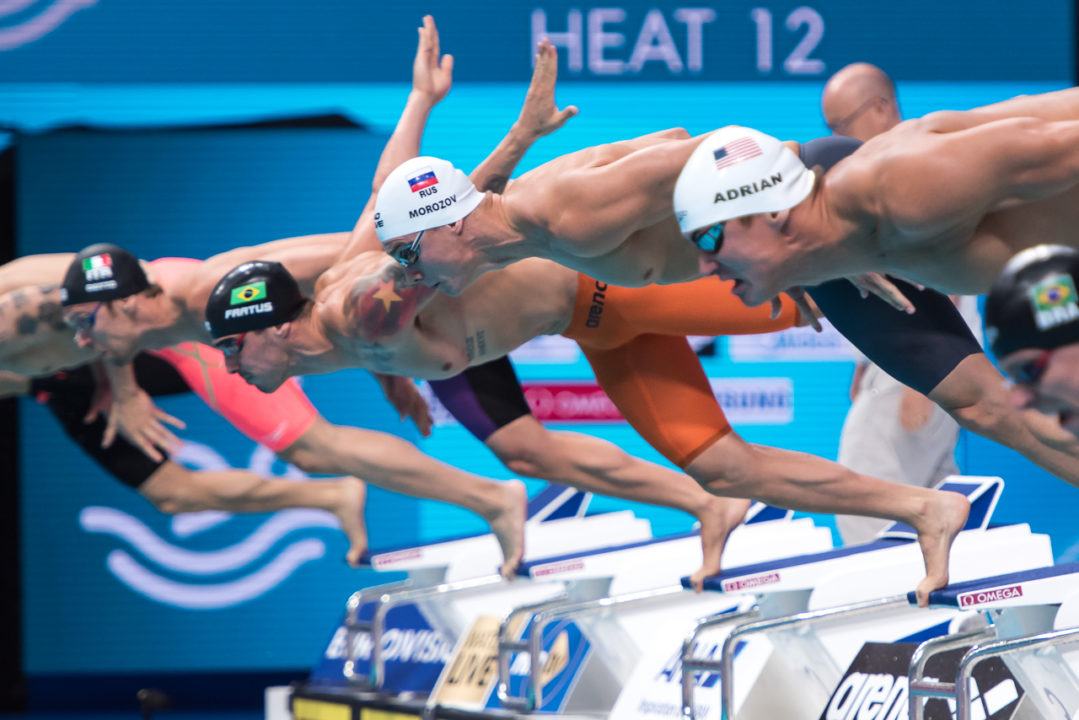 While there were more nations entering only men or only women in pool swimming at the 2017 World Championships, there were actually 15 fewer women's teams and 10 fewer men's teams compared to the 2015 World Champs. Current photo via Peter Sukenik/www.petersukenik.com

Those numbers are based on nations listed in the meet entry book, which doesn’t necessarily take into account if any nations fully scratched out of the meet. We’re also focusing in only on pool swimming, not including open water, water polo, diving or synchronized swimming. You can see the full numbers below, first split by total nation with male entrants, female entrants and entrants of any gender, then split by nations only entering women, nations only entering men and nations entering swimmers in both genders:

In general, more nations brought one gender or the other, but the number of nations entering men and women dropped by 20, and the total nations represented dropped by 5. (Also worth noting: we counted the FINA banner as its own federation, as several swimmers swam under that umbrella in both 2015 and 2017.

The numbers are correct – the women’s-only programs more than doubled compared to 2015. You’re right, though, it’s probably more accurate to call it “% growth” instead of “% change.” I updated that term in the charts.