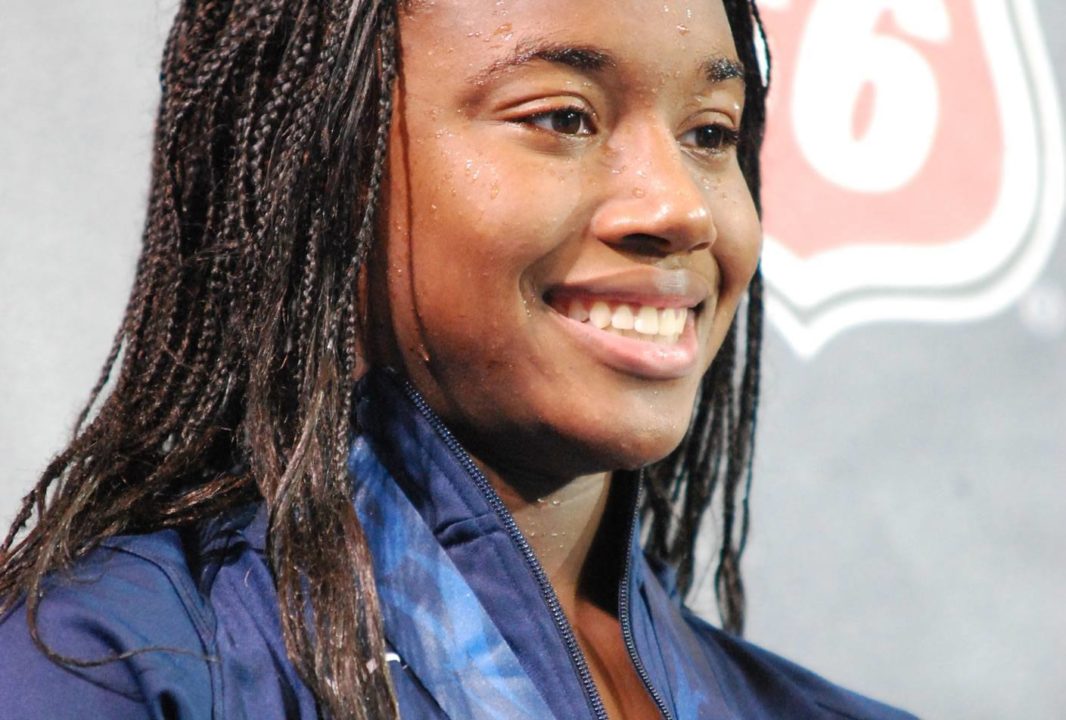 Simone Manuel cracked 22 in the 50 free for the first time in her career and made it a memorable barrier-breaking, smashing the 17-18 National Age Group record in the process. Archive photo via Janna Schulze/SwimSwam.com

First Colony’s Simone Manuel made it a clean sweep of the sprint free National Age Group records this week, breaking the 50 free mark at NCSAs Saturday night after knocking off the 100 earlier in the week.

The record she took down belonged to her future Stanford teammate Janet Hu, who was actually in the race and took second to Manuel in a 22.27. The Cardinal will now get the two fastest 17-18 year-old 50 freestyler in history next year, which has to be considered a pretty good recruiting class that’s only getting better.

Simone Manuel swims 4 events (8 splashes), in 5 days, and Kylie Stewart has 25 splashes including relays over 5 days. Stewart is the 7th female in history to go under 1:50 in the 200 back, which would have won NCAAs tonight!

Amazing! And Manuel’s 47.09 would have also won NCAAs!

With a time in the 100 that is the 3rd fastest American of all time.

Ah. I think the list SW had came from the USA Swimming website. I should have said 3rd until NCAAs last night.

That would be a huge chunk drop off her PB of 53.86
It’s fantastic for her if she can do it, which would make her the fourth fastest active 100 free woman. But somehow I’m not as optimistic as you are.

Gatorswimfan, what’s the link with Kylie Stewart? 🙄
We talk here about Simone Manuel.

Congratulations to Simone Manuel. This was a most impressive week for her.