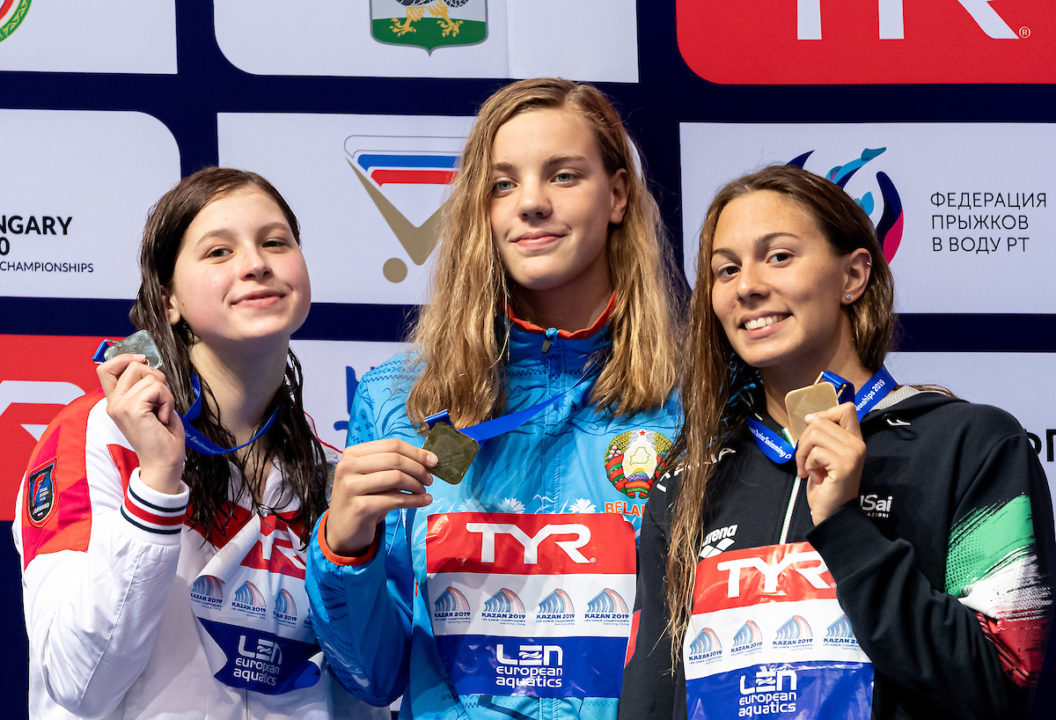 The Belarusian teenager who is ripping up her nation’s record boards in the sprint events was back tonight in Budapest.

16-year-old Anastasiya Shkurdai just collected the silver medal in the women’s 50m fly tonight at the World Junior Championships, posting a time of 25.77. The Belarusian finished just a hair behind winner Torri Huske of the United States who touched first in 25.70. Another American, Claire Curzan rounded out the top 3 in the only other sub-26 second time of the final in 25.81.

As for Shkurdai, her personal best entering these Championships was represented by the 25.87 she clocked at the Championships of Belasurs this past April. That time sat just .03 away from Aliaksandra Herasimenia’s Belarusian National Record of 25.84 set way back in 2013.

Here in Budapest, Shkurdai led the heats in 26.20, then notched 25.85 before landing on her lifetime best of 25.77 to take the gold in a new National Record-setting effort. The teen will take on the 100m fly event tomorrow.