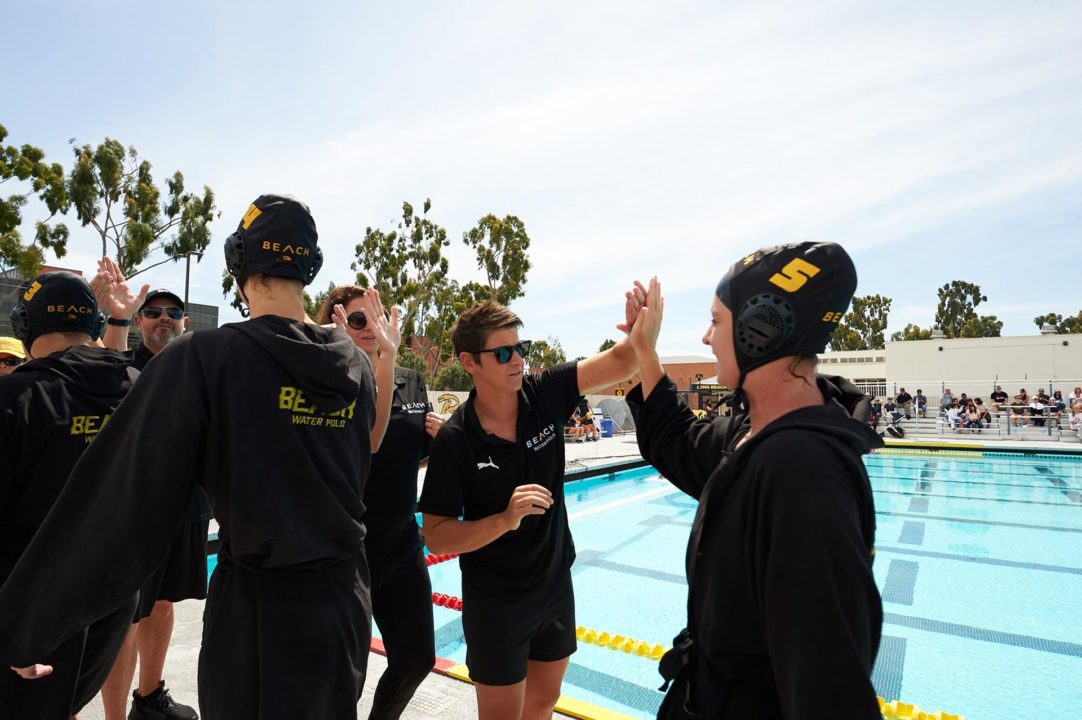 Director of Athletics Andy Fee has announced that Welch will be promoted to Head Coach following her season as Associate Head Coach in 2020. Archive photo via Long Beach State Athletics

“I could not be more excited to announce Shana Welch as our new Women’s Water Polo Head Coach,” said Fee. “I believe Shana has proven herself to be one of the rising coaches in the profession and her knowledge, leadership, and character are second to none. We look forward to Shana continuing to build on the excellence the program has achieved over the years.”

That change comes on the heels of a promising season in 2020 which was cut short due to the coronavirus pandemic. Long Beach State had posted a 12-6 record and unbeaten in Big West competition. The Beach were also a perfect 4-0 at the Ken Lindgren Aquatics Center.

Welch was the de facto coach for the season, as Gavin Arroyo and Fee had given Welch additional responsibilities while Arroyo served as an assistant coach for the USA Men’s National Team in preparation for the 2020 Tokyo Summer Olympics. With that responsibility continuing now into 2021 following the postponement of the Olympics, the time was right to make the move.

“I feel very comfortable with Shana at the helm of this historic program,” said Arroyo. “She has developed quickly as one of the better coaches that I have had the pleasure of working with. She will do great things with the program in the years to come.”

Welch becomes the first solely dedicated head coach for the program since the departure of Catherine Von Schwarz following the 2008 season, when Gavin Arroyo assumed head coaching duties for the women’s program as well as the men’s. Arroyo will continue as head coach of the Men’s Water Polo program at the Beach.

“I am humbled and honored to be able to continue representing this amazing program as Head Coach,” commented Welch. “I want to thank President Conoley, our Athletic Director Andy Fee, and our administration for putting their trust and confidence in me to lead this team. I also want to thank Gavin for all his support and for the opportunity to be a part of this program over the last 6 years.

“I look forward to continuing to build upon the success of this Long Beach State program and I am excited to continue working with our talented student-athletes. I have been incredibly lucky to work with this group, we had some great momentum building this past season and I know they are all excited to pick up where we left off when we are all able to return to the pool. Go Beach!”