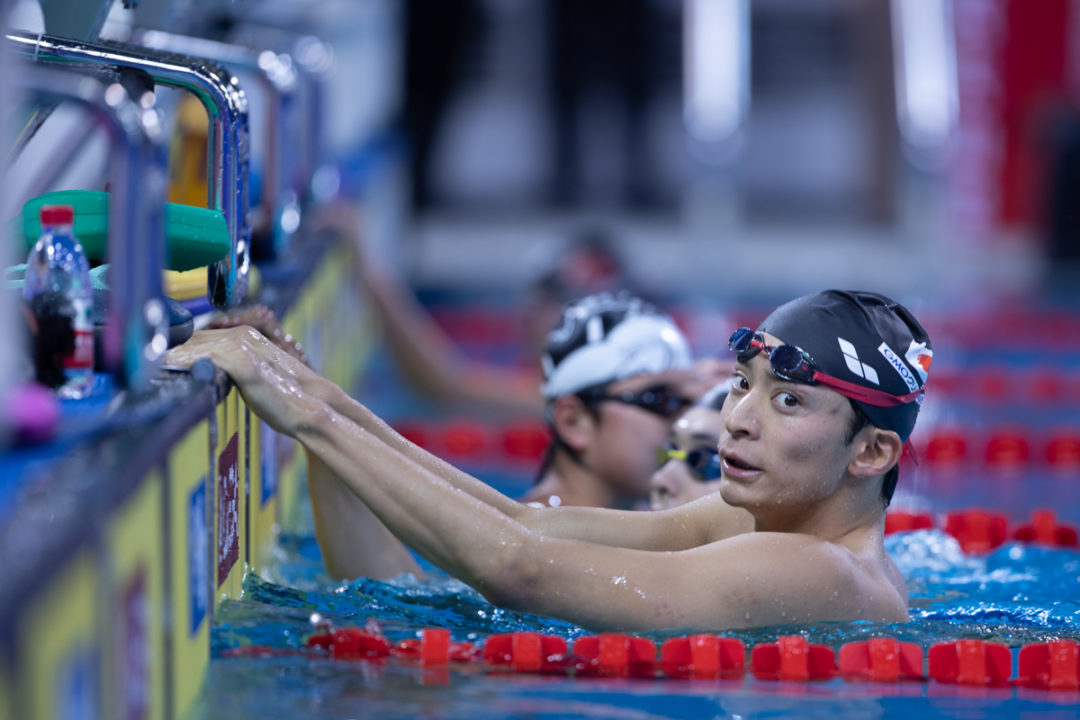 Japanese swimmers have been upping their game big-time with a home nation-hosted Olympic Games on the horizon. Daiya Seto and Ryosuke Irie are no exception. Archive photo via “Rafael/Domeyko Photography”

The 2020 FINA Champions Series consisted of just 2 stops compared to 3 stops in its inaugural season in 2019. Both meets took place in China, in Shenzhen and Beijing, and both took place in January, which means this year’s series is already complete.

We noted our top 10 performances from the 4 days’ worth of competition, a list which included 2 Japanese swimmers. Both Daiya Seto and Ryosuke Irie impressed during the Series, with Seto crushing a new Asian Record in the 200m fly in 1:52.53, while Irie made it a golden 100m/200m back double in Beijing.

On his 200m fly performance, 2020 Olympics-bound Seto stated, “I am surprised with my 200m fly, where I broke the Japanese national record. I was not in my best form since it is the beginning of the year. But the time boosts my confidence.

“I had a 400m IM world record time last December and then I took a short vacation. The Beijing leg is my first and only international competition before the Olympic Games as I take the competition as training. It is the best beginning and good sign for me.

“I will take good care of myself, and avoid injuries and illness in the training. My goal for the Olympic Games it to be the champion, in 200m fly and 200m IM. I still need to swim the 200m IM one second faster.”

Just a handful of events after his 200m fly victory, Seto posted a lifetime best 200m IM time of 1:55.55 to become the 7th fastest performer ever in the event.

As for Irie, he tied Chinese superstar Xu Jiayu for 100m back gold, each stopping the clock in 52.97. Said the 29-year-old Irie after his performance, “I am surprised that I entered the 54-second barrier in the 100 back since I did not do that last year.

“I will try my best in the Japanese qualification in April and try to win both backstroke events.”

Wow! Rooting for them both, hoping Lochte will be around top form to challenge the 200 IM spot and or Kalisz