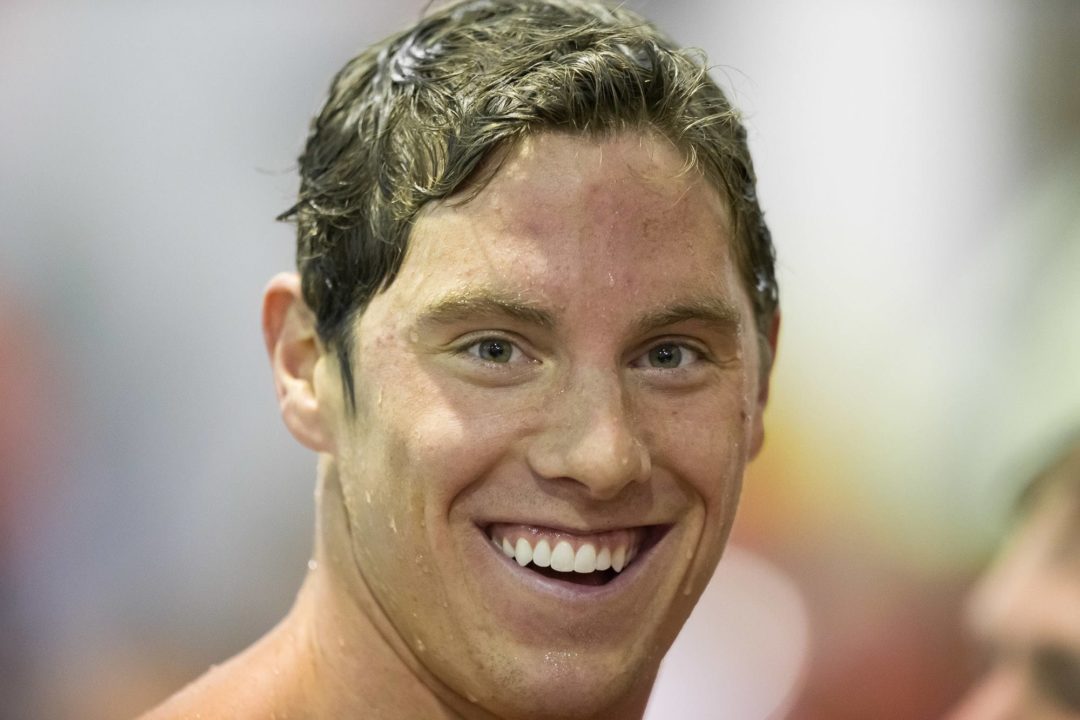 The focus has been all about college swimming, but its time for the pros to get back in the water at the Minneapolis Grand Prix. Archive photo via Tim Binning/TheSwimPictures.com

Also known as the Flying Dutchman, Pieter van den Hoogenband earned his place among the greatest sprint freestylers of all time at the 2000 Sydney Olympics.

The Museum is a one-of-a-kind tribute to the Olympic and Paralympic movements with Team USA athletes at the center of the guest experience.

USA Swimming has announced a preliminary list of high-profile participants for the 2013 Minneapolis Grand Prix, the first of this season’s series, that runs from November 14th-16th at the University of Minnesota, and though no full psych sheets are available yet, they report that “nearly 20 members” of the 2013-2014 USA Swimming National Team will be at the meet.

The previewed list includes names like Olympic gold medalist Allison Schmitt, who is now fully immersed into her professional career and looking to bounce back from a post-Olympic letdown that saw her miss the World Championship and National teams.

Also at the meet will be Olympians Claire Donahue and Conor Dwyer, plus the hometown hero David Plummer, who is a Minnesota alum and trains at the nearby Minnetonka Swim Club. He was this year’s World Championship silver medalist in the 100 backstroke.

USA Swimming also reports to have approximately 600 total swimmers entered. French swimmer Yannick Agnel, who now trains with Dwyer and Schmitt at the North Baltimore Aquatic Club, is expected in attendance too for his first romp at yards swimming among those 600.

The two familiar faces missing from this meet will be Missy Franklin and Ryan Lochte, who always put on a good show and raise the profile of the only yards event in the series. Franklin is now competing collegiately with Cal, and those pursuits preclude her from attending this meet, and Lochte recently injured his knee and is out of both training and competition for the time being.

So, shy of the country’s most recent superstars, USA Swimming will rely on depth of stardom to promote this year’s meet. As this is the first year where swimmers are going into the Minnesota stop knowing that there will be prize money awarded (it was awarded posthumously last season), there are many more of the top swimmers participating and competing for the $500 first-place prize, $300 second-place prize, and $100 third-place prize.

Allison Schmitt is NOT among the 20 National team members at the meet since she did not make the National team.

Lets not nit pick. She is an Olympian and well deserved of the attention. Anything to increase public support for the sport.

I think I came across way too harsh. My apologies to the amazing Allison Schmitt, she is an incredible woman. Too much time spent editing papers recently – I couldn’t help but point it out.

First ever meet in yards for Yannick Agnel!
Fully tapered in the next years, I’m sure he will rewrite some of the yards records in USA.
Predictions.
200 free. A sub 1.30 is very likely.
500 free. Around 4.04.

Happy to see Allison Schmitt back in the water. I hope she’s again fresh mentally.

I hope Katie Ledecky will be there too. She hasn’t swum in a meet since Barcelona. But perhaps her first meet of the season will be the USA short course championships in Knoxville. Anyway, she needs one or two meets to be ready for Duel in the Pool.